Why have so many guys imported a used car from Japan via us here at JCD? For 15 years now we’ve been exporting good second hand JDM cars to the USA, the UK, Canada, Australia, New Zealand, the EU, and many other countries. 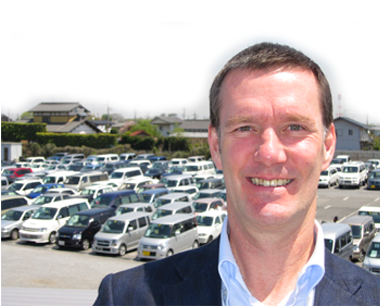 It’s our job and our pleasure to do three simple things: to help our customers score the right used vehicle, in the right condition, and at the right price. These simple targets have allowed us to attain Google’s Five Star Customer Satisfaction Rating.

It’s simple, yes, but there’s a lot that goes into doing it right, and people who want to get a good deal on importing a used car from Japan themselves always have lots of questions about the process, and about why importing a used car from Japan is the best way to win a great vehicle. People have questions about the whole “JDM” thing, Japan Domestic Market vehicles, and why they are so often the best cars. Guys are always asking us about the best Japanese drift cars, the best minitrucks (kei trucks as they are called in Japan), and even about why the best used classic European cars are found these days in Japan.

So today, to get answers to these, and to many other questions, in this blog post I’m going to play the reporter and interview my own boss, Scott Bower. He is indeed the guy who started the whole thing.

Scott calls his customers “Winnermen.” Let’s find out why.

Dave Price (DP): Scott, before I even start in with some of the many questions that people have about importing their own used car from Japan, let me ask first: How many cars have you exported?

Scott Bower (SB): Well, in the beginning, we were lucky to export more than one a month, but we are fortunate that that number has grown steadily to more than sixty. In all, I don’t have an exact number, it’s but many thousands for sure!

DP: And what are the main countries that your export to?

SB: Throughout the years it has changed. Our first major acceleration came when Myanmar (Burma) opened up in 2011 and I had the pleasure of traveling there twice and working with a number of importers. We exported a lot of 5-ton straight trucks to Myanmar, like this Nissan Condor wing truck here.

Secondly, we made a partnership with an import company in Bangladesh and exported many cars to them. The UK (you’ll find the import regulations here ) has always been a good market for us along with Germany (import regs here), where we export a lot of top end classic Porsche and Mercedes Benz cars. (Here’s a fine air-cooled Porsche 911 we exported recently)

In addition, we have some high end cars going to other countries in Europe and to the UAE. Right now our #1 market is the USA (import regulations are here).

We have also started to gather momentum in New Zealand & Australia, and we export to my home country of Canada, too. (You’ll find the rules for importing a used Japanese car to Canada here, to Australia here, and to New Zealand here.)

In the end, of course, each country does have its own set of import regulations that we explain fully on our site, and also explain to each individual customer who comes to us. I’d say that maybe the simplest are America and Australia, Canada and the UK. The basic rule of thumb for importing a used car from Japan to the USA or Australia is that, if the vehicle is over 25 years old, it is easy to import and register. The same goes for Canada if the car is 15-years old, and for the United Kingdom if the car is 10-years old.

Cut Out the Middleman

DP: O.K. So let’s say I’m looking for a good used car. Let’s say I live in the USA, in Florida. Now to me, from the outside, it seems that importing a car myself all the way from Japan to America, from Yokohama to Jacksonville, Florida is a lot more difficult that just going around town, seeing what the local used car dealers have got on their lots, and picking me up a set of wheels. It’s got to be quite a project to import a car, no?

SB: Funny you ask that as some of our customers have said just the opposite. After they decide to take the plunge and go through the process, they claim importing is the easier way. The main reason for that is that we are not salesmen. Rather, we are providing a vehicle sourcing and export service for a set fee. The better condition vehicle for the lowest price that our customer wins at auction, the better for them and the better for us. We actually refer to both our customers and ourselves as “Winnermen!” Happy customers are good business! And, in our experience, cutting out the middleman, the stateside dealer, sure makes our customers even happier.

DP: I can see that, yes, but there’s more to why it is so good to import a used car from Japan, isn’t there? It’s not just about cutting out the middleman, is it? Certainly that alone doesn’t make me a “Winnerman” in the used car game.

SB: Of course not, sure. There’s more to it. I’d say that maybe the first point is value. Japanese people like to buy new, not used vehicles, and many of them buy a new car every three years or less. This produces an incredible number of good, low mileage used cars that do not have high resale value in Japan, so they are sold at auction at low prices. The second part of the equation is condition. Japanese people tend to maintain their vehicles very well, and the cars must also pass the bi-annual inspection, “shaken” in Japanese, mandated by the government. In addition the roads here in Japan are kept in excellent condition and, on average, cars here are driven less than 10,000km (6,000 miles) per year!

DP: O.K. I’m getting it. This is beginning to sound like a winner deal, yes. Now I’m assuming you don’t export a lot of used school buses and ice cream trucks, so let me ask: What are the main types of used vehicles that you export from Japan?

SB: This has also changed over time as pretty much every nation around the world now imports used vehicles from Japan and the vehicles that they import very according to the country and the country’s regulations. The guys in the UK love the JDM drift and rally machines, the Germans and other Europeans love to get Porsche, Mercedes, Lancia Delta (here’s a nice one, one of many Deltas that we’ve exported from Japan), and other specialty cars back to Europe in better condition than anything available to them locally, and, as they say, sometimes truth is stranger than fiction: Americans, with their big roads and big trucks, actually love to import the Japanese mini, or “kei,” trucks, vans and cars! And here’s an interesting thing: Japan Car Direct actually featured in a Japanese television program about this very topic, and you can find the video on Youtube here.

And by the way, while you’re right that we are not a big exporter of school busses or ice-cream trucks, we actually export a lot of fire trucks. Like this Isuzu Elf fire truck 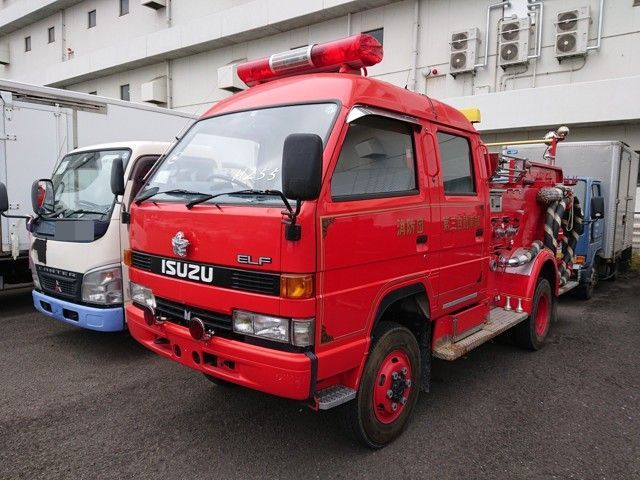 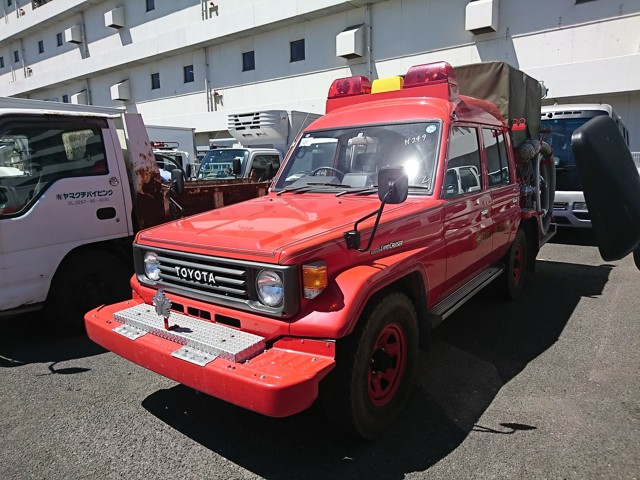 DP: A lot of car guys say: “Oh, JDM is the best. It’s got to be JDM.” Performance car enthusiasts often go on and on about JDM this and JDM that. What is this whole JDM thing?

SB: Well, first off, “JDM” refers to “Japanese Domestic Market.” Simply put, that means cars that are made in Japan to be sold in Japan. They conform to all the requirements of Japanese vehicle regulations, and they are targeted at Japanese car buyers. Sometimes the differences between a JDM car and its overseas model equivalent are minor: exterior trim, certain cockpit control and instrument items, little things like that, and right hand drive, of course. Other times the differences are significant and they make the JDM vehicle the more attractive car. You’ll see this with many performance cars (sports cars and drift cars are a good example) where the JDM vehicle has a more powerful engine. JDM cars sometimes have a greater range of upgrade and tuning options, and, with JDM cars, you’ll often have a greater selection of vehicles. Many wonderful and inspiring and high quality Japanese vehicles were never marketed overseas and so, by going JDM, you open doors to many choices that you may never have thought you could get.

Next Up: Our interview with JCD President Scott Bower continues and we ask him about the history of his company and about how the whole process of importing a good used car from Japan actually works.