The first time you drive a “Hachi Roku” (the AE-86 Toyota Sprinter Trueno / Corolla Levin) you may not like it since it feel very old school. But it will grow on you. 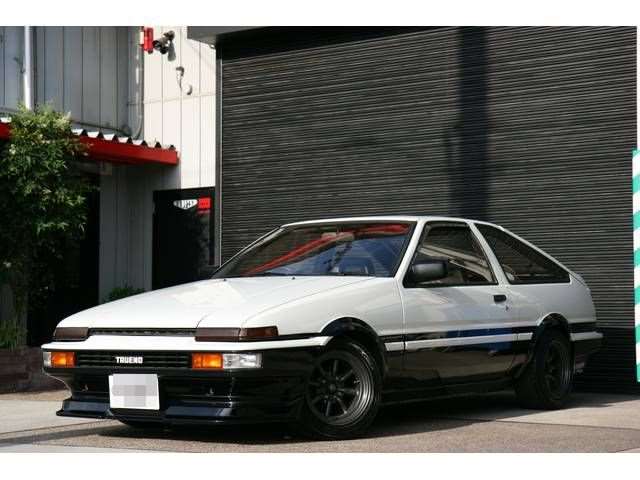 Some guys says: “This trans shifts like a truck!” And, in truth, the AE-86 transmission seems heavy at first and with a longer stroke than the stick shift on a more modern sports car. But it also gives you lots of feed back to let you feel just how fully you are in gear or not, as the case may be. 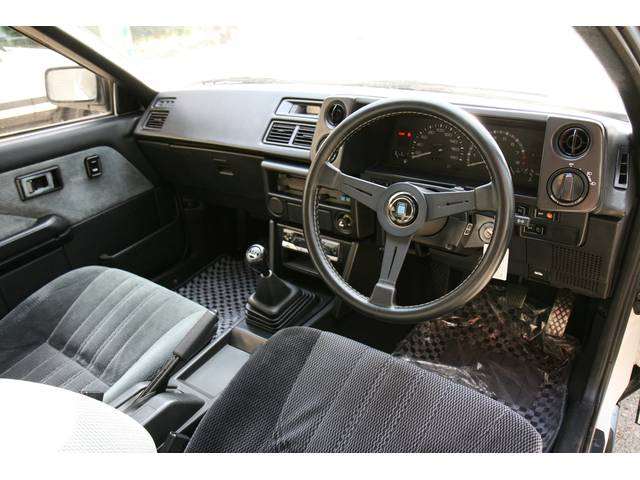 It’s very Old School, the AE-86, Old School in the transmission, in the heavy standard steering, in the widely spaced pedals, and even in the feel of the suspension. But give the car a chance and, if there is real motoring blood in you, you’ll bond with this car. 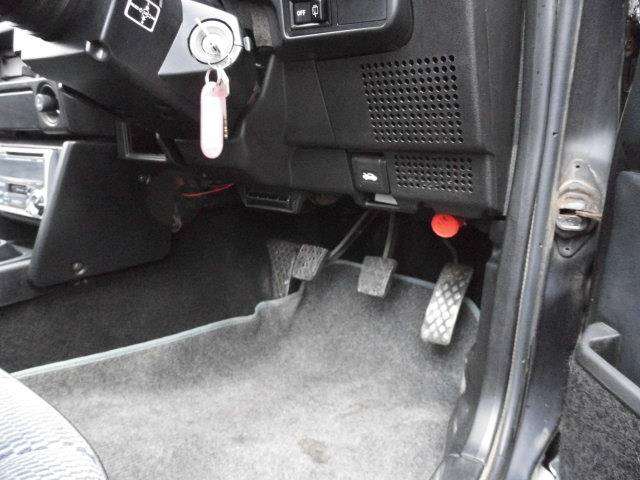 As the the driver you are fully involved in the experience. The Hachi Roku does not feel at all like he drives himself. You drive him. You tell him what you want (and tell him clearly, mind) and he does exactly what you want. You definitely have to be quite positive in you inputs. Talk straight and clear to the Levin / Trueno AE-86 and there will be no misunderstanding.

And it is this raw direct communication and control that makes this car one of the all time top, top drift cars available from Japan.

They are very unlike the “Heavies” that we discussed earlier: big volume turbo boosted straight sixes that will spin the rear wheels before the pedal is halfway to the floor. The little 1.6 liter 4A-G in the AE-86 doesn’t put out a great whack of power and you need to mash it to get those wheels burning rubber, but the key for a great drifting experience is here: the nose-heavy FR platform. 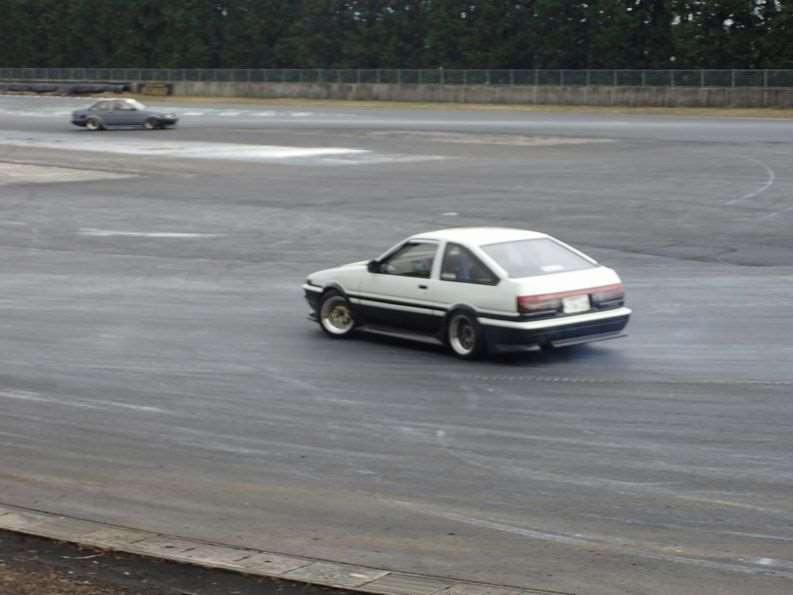 But what the light weight of the AE-86 allows you to do when drifting is something very special: accurate placement. Take a trip to the skid pan at Fuji Speedway on a weekend when the drifters are there and you see some amazing driving. There are guys there who can make these cars dance. 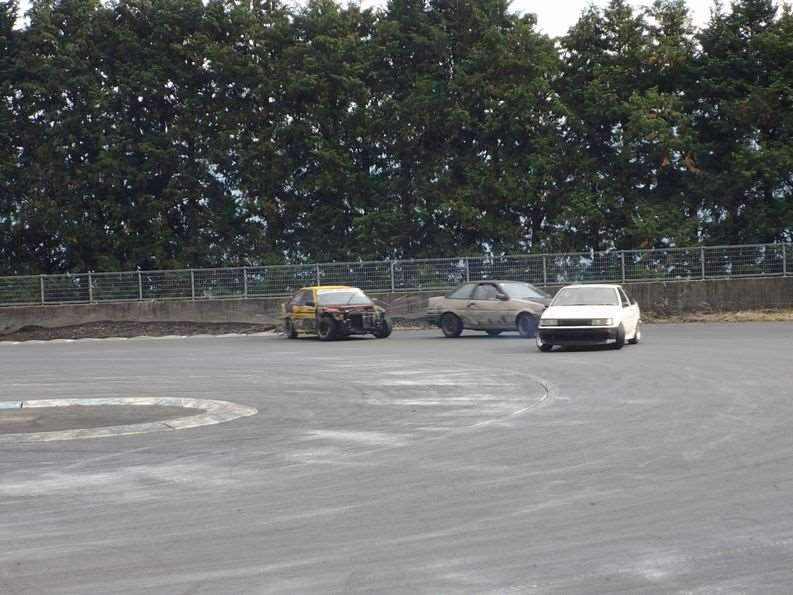 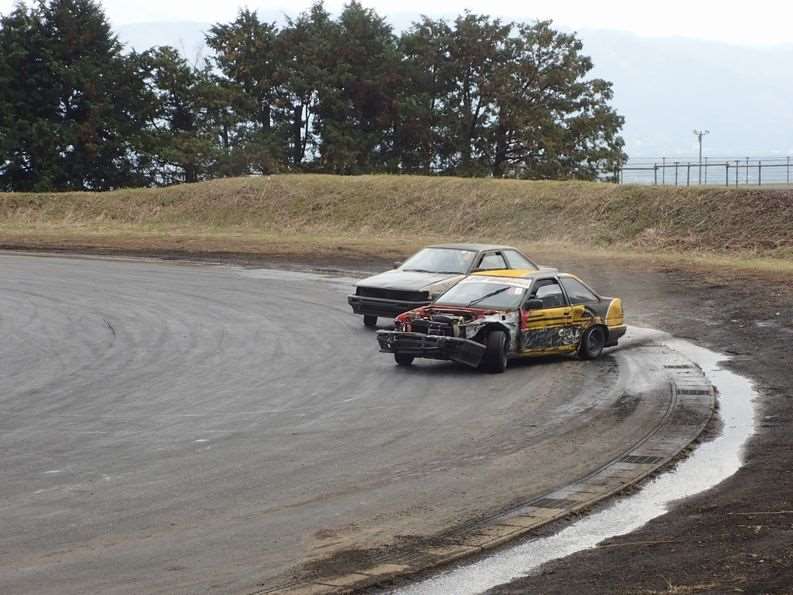 You’ll see Hachi Rokus do slalom drifts in line on the straight, flipping left / right, left / right in perfect sync the length of the track.

Let’s talk mods: Sky’s the limit. What else to say? Well, let’s talk engines at least in more detail. Looking stock, let’s take a 3 door GT-Apex: We’ve got a 940kg car with say about 130hp at 6,600rm. Torque comes in at just over 15kg/m a bit over 5,000rpm. The 4A-G is a DOHC four-valve straight four. It’s a sporty and solid engine, pretty well the closest thing Toyota in these years was making to a flat out racing engine. 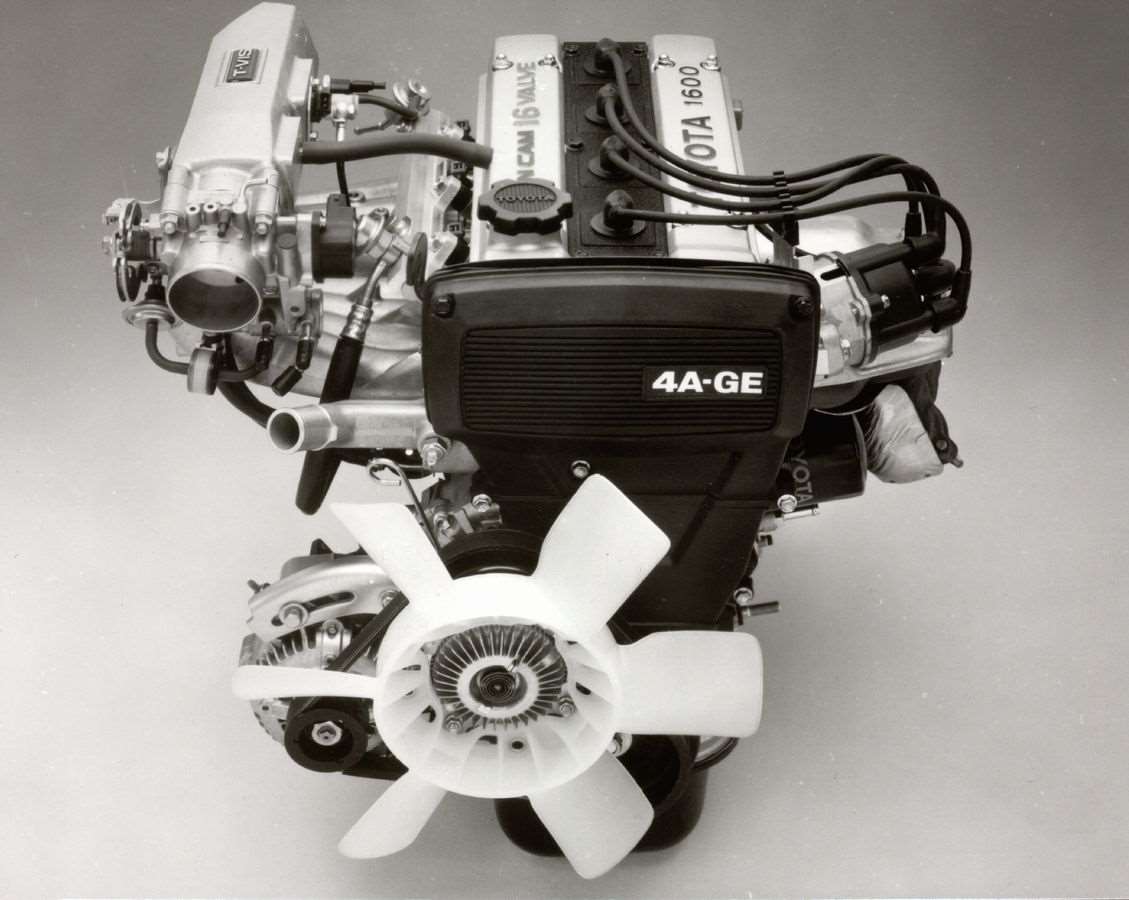 But there is more fun: There is a stock supercharged version, the 4A-GZE. 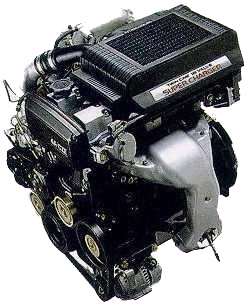 This unit can be easily swapped into a Hachi Roku and now you’ve got a major bump up to 170ps and a whopping 21kg/m of torque, and all at the same 1,600cc engine size. This is a popular mod for AE-86 drift cars, but don’t think for a minute that all the drift guys are doing it without question; not at all. Most of the hot drift AE-86s in Japan are running NA with modded intake manifold and induction box and handmade exhaust headers, so NA will set you up just fine in a Japanese Levin or Trueno as a drift car. 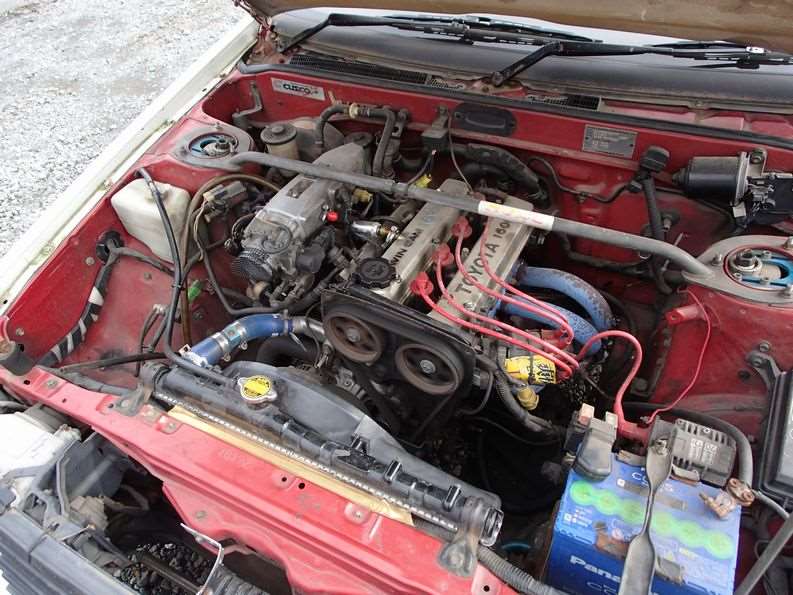 Now a word from the trackside: If you over boost that supercharged 4A-GZE you’ll blow the bottom end. Superchargers really stress bearings. Enough said. 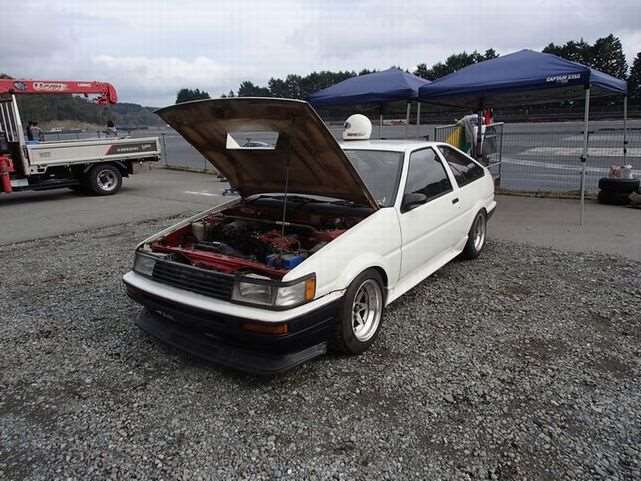 Or go modern: Toyota developed and refined the 4A-G through a number of generations. The later units come with variable valve timing and are putting out 165ps at 7,800rpm with 16.5kg/m of torque at 5,600rpm. (These are your famous “Black Top” 4A-GE engines with five valves per cylinder!) 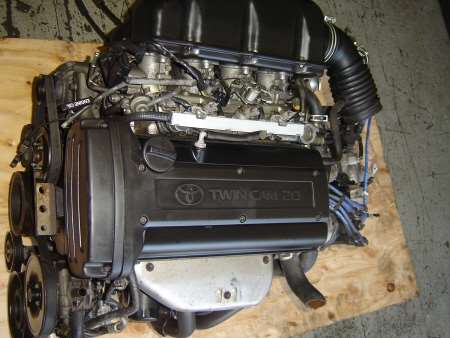 You’ll see these in Hachi Rokus and in AW11 MR2s in Japan. It is an awesome mod, especially if accompanied by a lower final drive ratio.

Importing an AE-86 from Japan is definitely a good way to get one of these fantastic drift machines. But don’t think of them as only for the skid pan. Think of these cars as one of the purest, simplest, most delightful Old School sports cars ever made. Good units are still available here and we can get you one from the Japanese used car auctions or from the Japanese used car dealers or private sellers.

Now a word from the shop: Let us get the car inspected for you before you bid at the auction, and let us get lots of extra photos from the dealer before we close the deal for you. Why? Guys, these cars, although simple, strong, and well-built, are all getting a bit long in the tooth now and the key to successfully getting a good AE-86 from Japan is to weed out any cars that have had too hard a life or are experiencing more rust that is normal for cars of this age and year. We find lots of good Hachi Rokus for guys who want to import one direct from Japan, and these are certainly treasured cars now, but I just say: Let us take the time for you to get the right unit. We’ll get it checked. That’s the best way. Of course all used cars of this age are a risk and are sold without guarantee. Sure. But a good check puts the odds in your favour, and these cars are such fun to have that it is worth taking your time and getting it right. The Toyota AE-86 Corolla Levin / Sprinter Trueno in one of the cars that you can know that you’ll never regret having had.