What a privilege it was for me to actually watch the Toyota Century G50 being built! Right there in the “Century Shop” of the F201 factory at Kanto Autoworks Higashi Fuji Plant; right before my eyes, the best Japanese luxury car took shape. 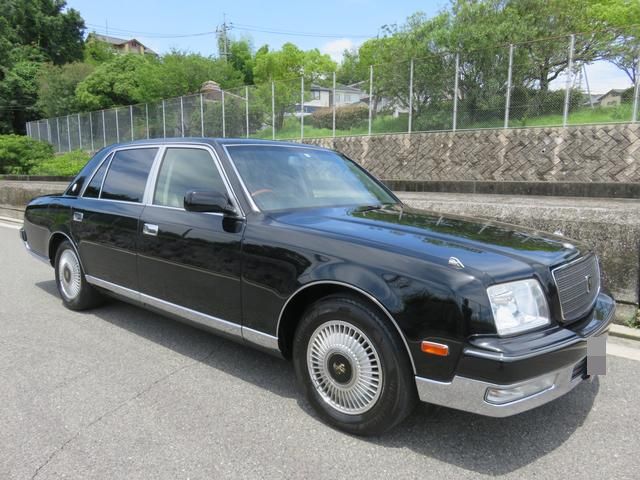 And it all happened in near silence! The Century shop was more like a living room than a car factory. It was clean and calm. The workers, all selected from the best of Toyota’s skilled assembly staff and all true craftsmen, moved leisurely about their work. No rush, no fuss, no bother. They made two cars a day at that time and if there were too many customers who’d ordered a G50 Century and they were waiting……well, they had to wait. And I suspect that, knowing what a special, hand-built car they were going get, those customers weren’t too fussed about waiting a wee bit. (“Everything comes to him…”)

Those of my readers who’ve been in or worked in a car factory will know that, while modern car plants are way, way cleaner than they used to be back in the day, they are still not places that seem relaxing and easing. The staff must keep up with the assembly line takt time and parts must arrive line side on time (not before or later than required). The line keeps moving and the robots and other supporting machines all make their own distinctive growls, squeaks, hisses and vibrations.

So, when I entered, the fact that the Century shop was so quiet was, of course, the first thing that struck me. But there was more. All the regular factory staff that I’d seen at Toyota took pride in their work and did things right. On the assembly line, if something stopped you from doing the job right, you “pulled the wire” and the whole line came to a stop until the problem was fixed (and fixed right). I got many good lessons in the right way to build a car and I saw guys doing the job who were real good at it. But in the Century shop there was something extra, and I couldn’t put my finger on it until we got to the final inspection stage, and then I could see it in the way the builders gently ran their white-gloved hands over each Century body panel, how they squatted down and looked at the car in the bright inspection lights from all different angles, how they took their time and pondered and looked for anything, anything that was not right. Then I understood what it was: It was love. Those guys loved the cars they were making, they were among the best car makers in the world, and they knew it. Watching them take pleasure in their work was for me a pleasure in itself.

Now although I have toured that shop a number of times, I was never allowed to take any photos. However, this article at cliccar.com has some of the very few photos that Toyota has allowed to be displayed on a public website. (Click here to see what you can see of the shop that makes what Toyota calls “The Best Car in the World.”)

And then later, in the special shop they had for repairing Centuries that had been damaged out there in the real world, one of the workers who was showing me some of their techniques lead me over to a beautiful black Century test car they had there for training and he said “Here, look at this.” He took his keys from his pocket and scratched the rear boot lid, drawing a nice little curlicue in the lustrous paint! I could have dropped my notebook. “Don’t worry, it’s our training car. Now watch this.” He then brought over an electric polisher, spread some paste on the scratch and went to work. Then he put the polisher down and picked up a fluorescent inspection light. The light cast a sort of light bluish / purplish beam. “This lamp imitates sunlight, but without the glare. See if you can find any sign of the scratch or any sign of where I used the polisher. You can’t.”

Pretty amazing. I was told that it was because the Century body goes through the paint process multiple times so that it has many coats of paint and so, unless a scratch goes really deep, like down to the primer or the metal, it can usually be buffed off with superfine polish paste and a gentle, skilled touch with the spinning polisher.

Other neat features about the Century that they showed me were based on the fact that the car is actually designed around the idea that it is to be primarily a chauffeur-driven luxury vehicle. So the rear seats receive design priority when it comes to space and grace. There’s lots of room back here in a G50 Century, 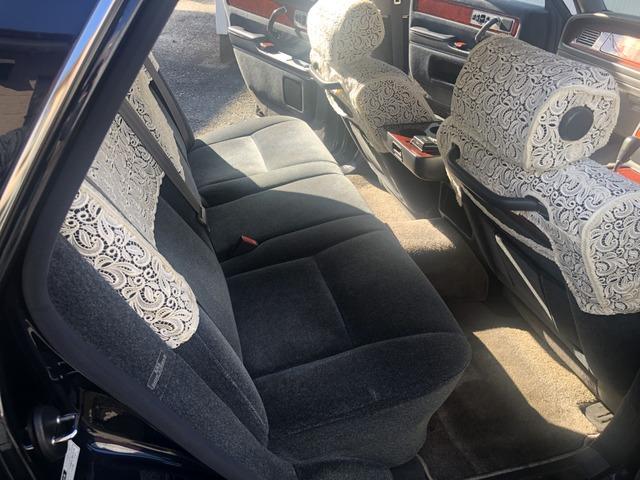 as in the earlier G40 Century. 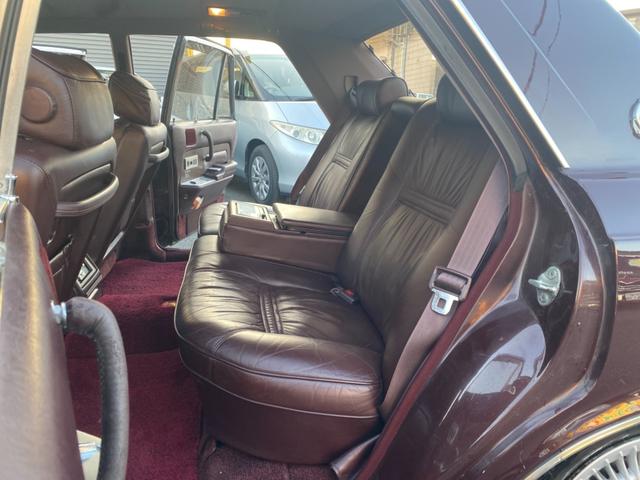 The center console between the rear seats is full size, 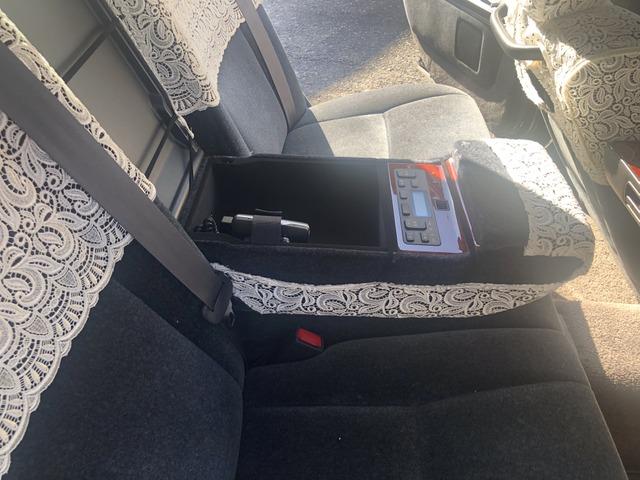 and there’s this totally neat feature of the Toyota Century: the center section of the front seats folds down and back to provide a padded leg rest for the rear passengers. 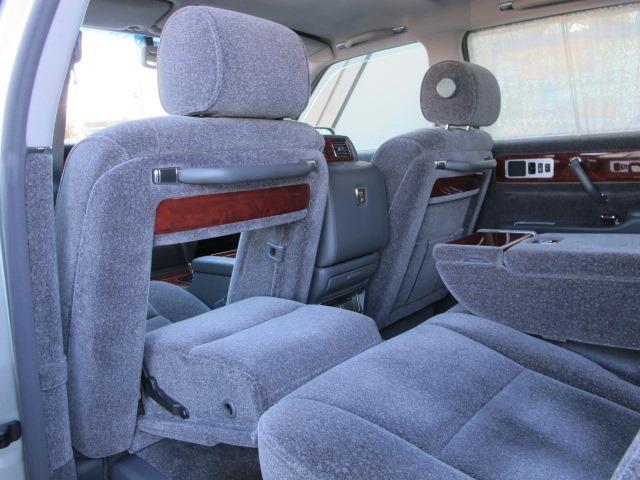 The rear portion of the front console opens down and rearward to provide a TV screen and table, while it also houses part of the rear area independent heating/cooling system. (This system includes roof and floor heating/cooling vents in addition to the console mounted ones that you see here.) 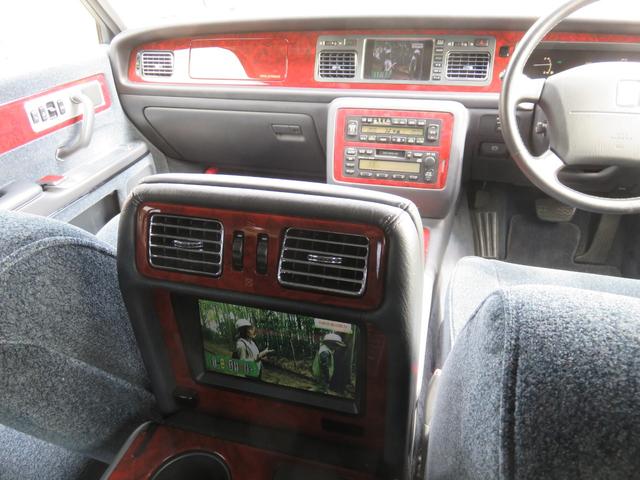 And here’s the whole shebang open and ready for you to stretch out your legs, lean back in your seat, and have everything right at your fingertips! 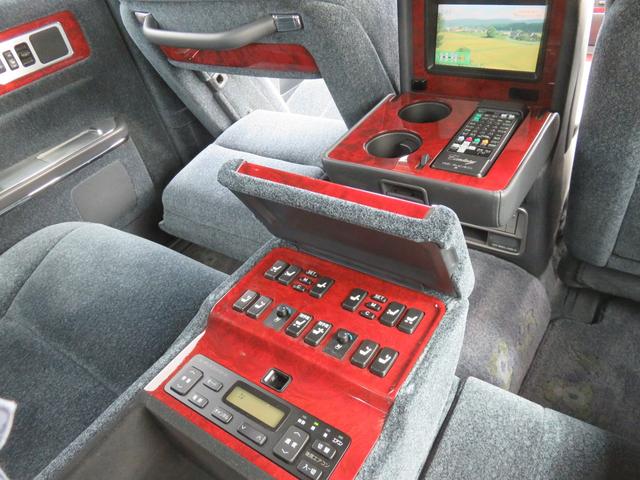 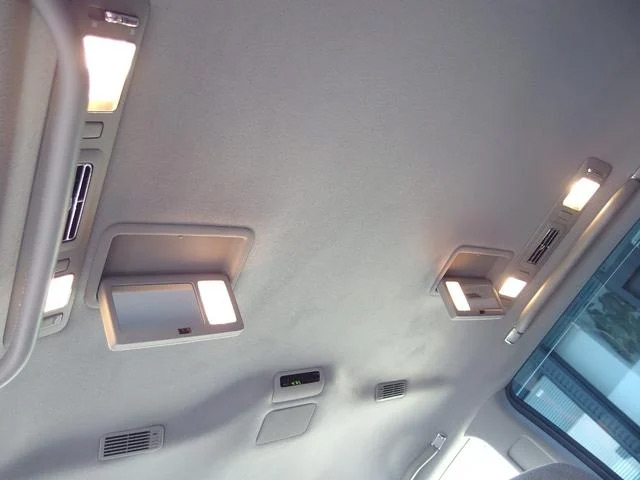 And, of course, the driver’s position is also finely appointed, and posh and polish are everywhere. 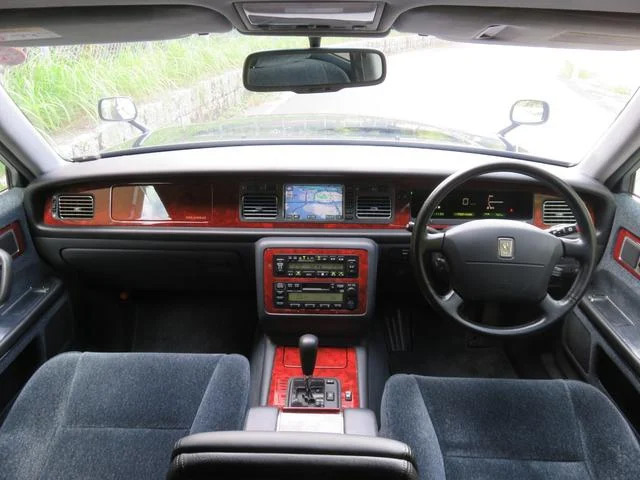 Of all the used Japanese luxury cars that you can import from Japan, the Century puts you in the lap of luxury more than any other machine.

Although the car has been in production since 1967, there are really only three main body types: The ultra classic first generation 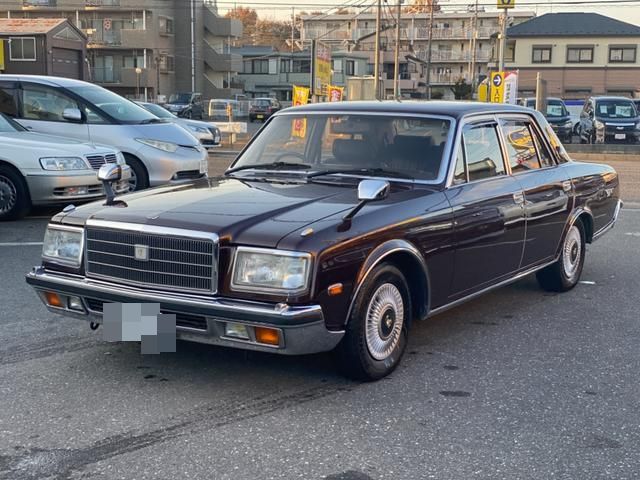 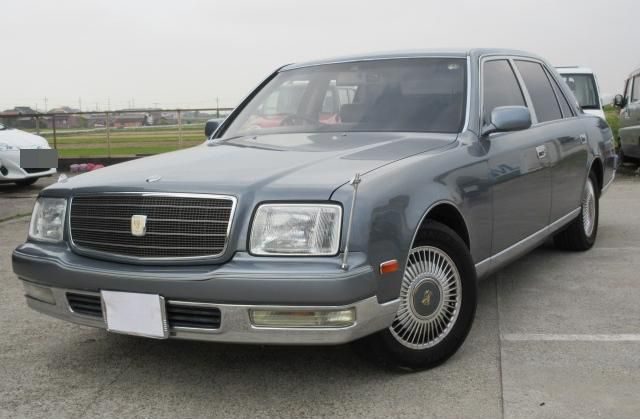 and the (too modern for me) third generation. 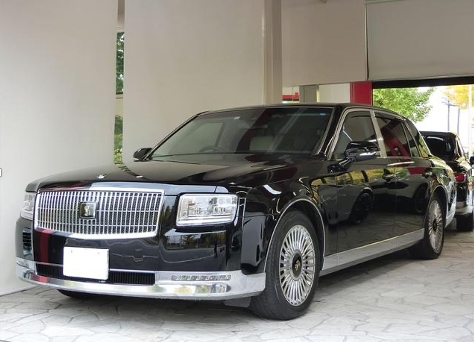 Well that was easy, wasn’t it? Not like what we saw in our earlier posts in this series (here, here, here, and here) when we looked at the Toyota Crown, with its multitude of chassis types and engine options and model grades.

When it comes to the Century, simply put, the first series ran from November of 1967 till March of 1997. These cars all had the Toyota “V” engine, which is a V8 overhead valve (OHV, so cam-in-block, like most good old American V8s from when I was a kid), cross-plane crank unit. They ran low compression (all under 10:1) and burned regular gas. 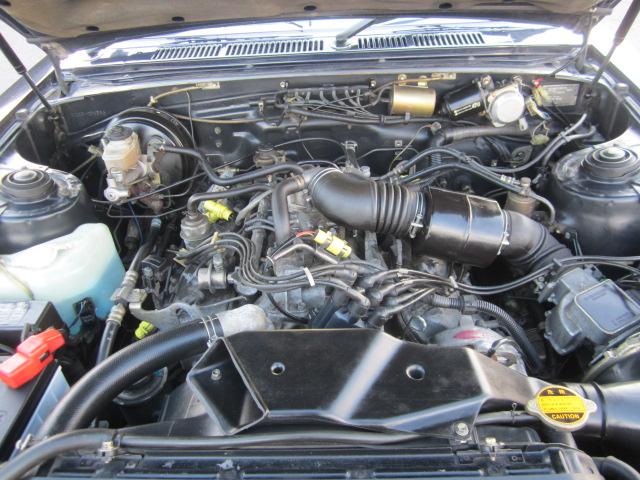 An interesting feature of these engines is that, while they have the cam in the engine block, which usually dictates a less-than-ideal combustion chamber layout and spark plug positioning, the combustion chamber in the Toyota V series engines is the (nearly) ideal hemispherical shape. This is achieved in the V series by having the pushrods slightly splayed and operating each bank of valves (inlet and exhaust) set on separate rocker arms. 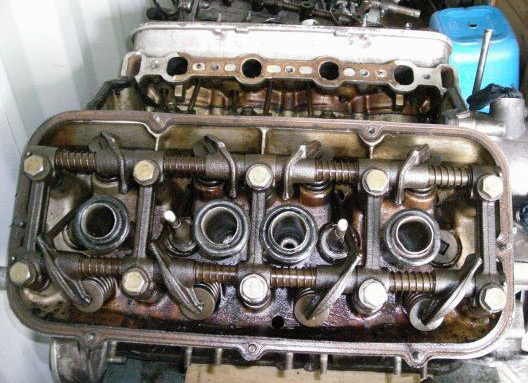 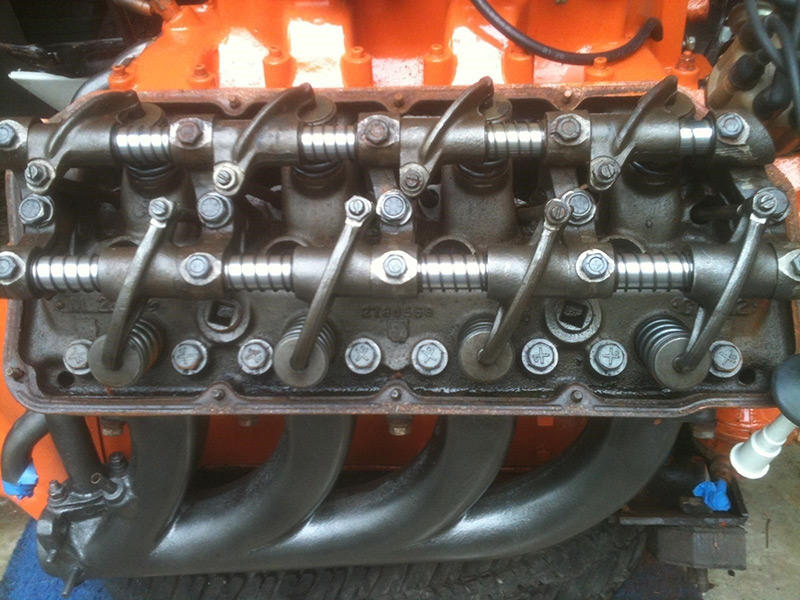 The second series Centuries (the cars that I saw being built) are the G50 series and were in production from March of 1997 to February of 2017. They had the mighty 1GZ-FE V12. 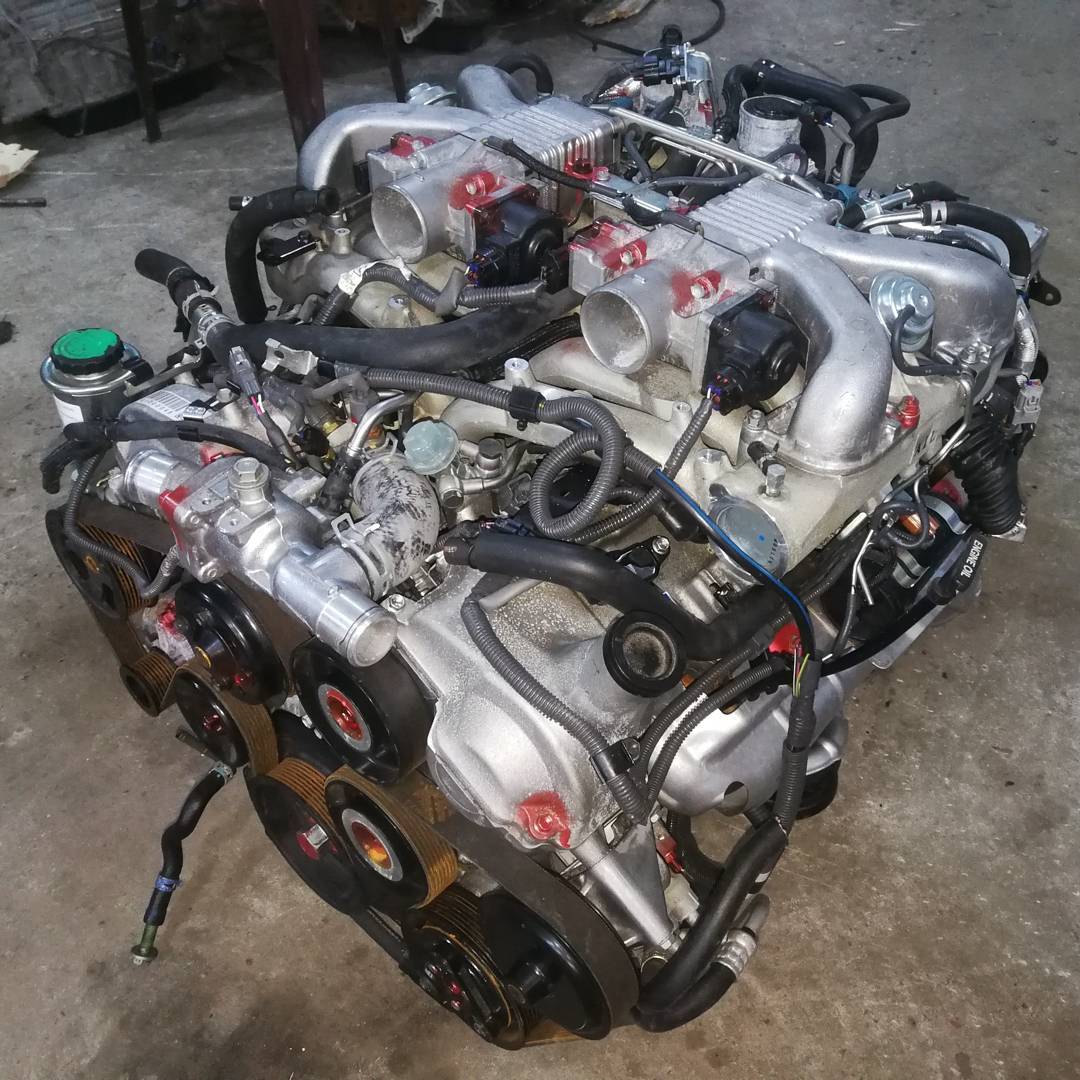 I’m pretty sure that this jewel is the only V12 automobile engine ever produced in Japan, but correct me if I’m wrong. And what an engine it is! I recall seeing them in the Century Shop in the F201 factory, mounted on the trolley all clean and shining and ready to be installed. They were very impressive engines. They put out over 300 horsepower (although official figures were always marked down to conform to Japanese horsepower limitation rules) and give you gobs of torque, coming on nice and low in the rev range (peak torque was just over 49kgm / 255 foot pounds at 4,000rpm, but you got over 90% of that torque at something way down like 2,600rpm). With a compression ratio of 10.5:1, they are no longer burning regular gas, of course. These are dual overhead cam (DOHC) units with four valves per cylinder.

The third gen cars came out in June of 2018 and go back to using a V8 engine (the 2UR-FSE), which is now coupled to a hybrid drive system.

When you are looking to buy a used Toyota Century to import yourself from Japan, whether you get the car from the Japanese used car auctions or whether you get the car from a Japanese used car dealer, (and at Japan Car Direct we source many good units from both dealers and auctions), I think that it is best to focus on the G40s (with the four liter V8 engine, the 5V in Toyota parlance) or the G50 (with the five liter V12).

Those old G40s are so classic, so cool, and so well built. They are warm and welcoming cars and are reasonably priced these days (time of writing: late 2020). You’ll look the class act driving down the Main drag (or pulling through the private jet FBO terminal) in one of these, especially if you get the fender mirror option: 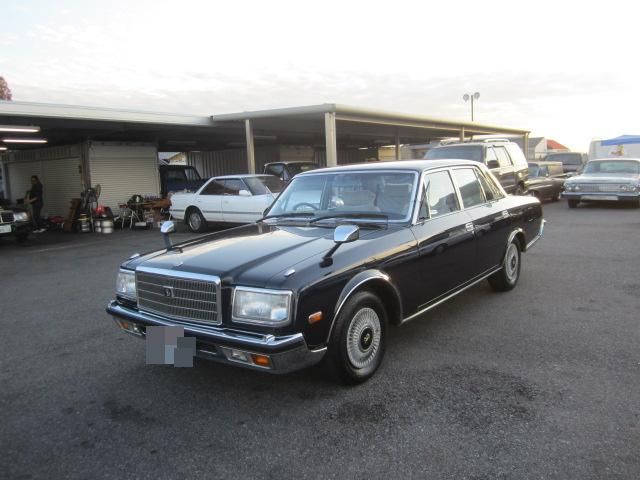 They are now available for easy import to the USA and Australia under the 25-year-old used car import rules.

The G50 Centuries are not available yet for America and Oz, but they can be imported to the UK, Canada, and the EU. 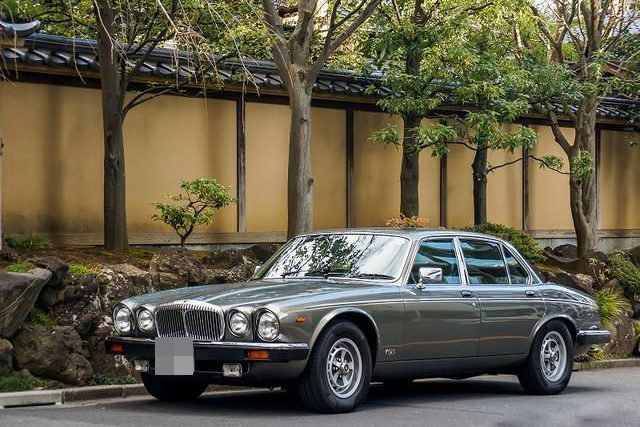 but don’t want the reliability issues of the old 5.3 liter Jag V12, 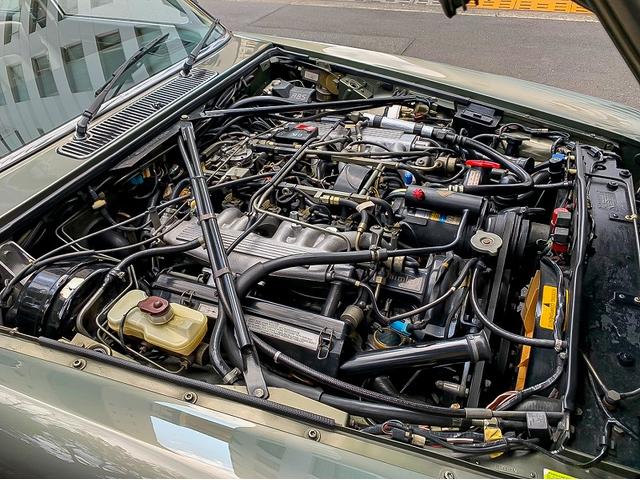 then go for the G50 Century. You won’t get a better built V12 luxury machine.

And if you’re feeling bad today, as in “Bad Boy,” and you’re a unique kind of guy, as in “Unique Bad Boy,” then wouldn’t it be just the finest thing to have a chat like this when you pull up to the lights on Sunset Strip and the babe in the car to your left asks:

“Hey, guy, your rod’s way bombie. What’re you runnin’ in there?”

Her eyes light up and her smile shines and she says: 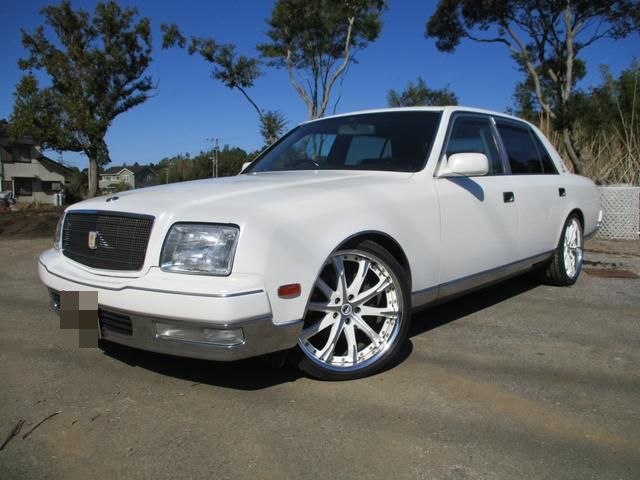