If you want to import a Japanese luxury sports car you’ve got to put the Toyota Soarer (Lexus SC) at the very top of your list. These cars are well built, well designed, and very good looking vehicles; with the Z30 Soarer (Lexus SC300 and SC400) being ravishingly beautiful. 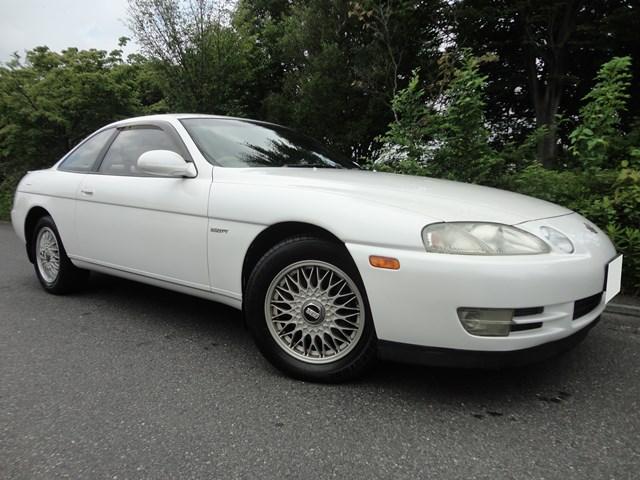 It’s long nose and muscular curves remind me of the Jaguar E-Type. 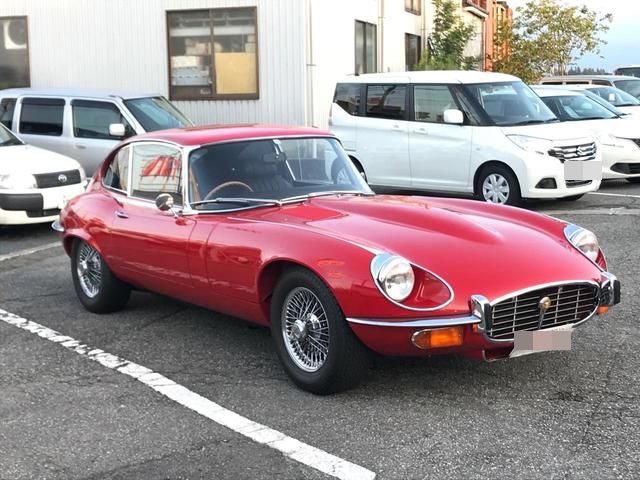 (And I’m happy to say that the Soarer’s high reliability does NOT remind me of the Jaguar E-Type.) 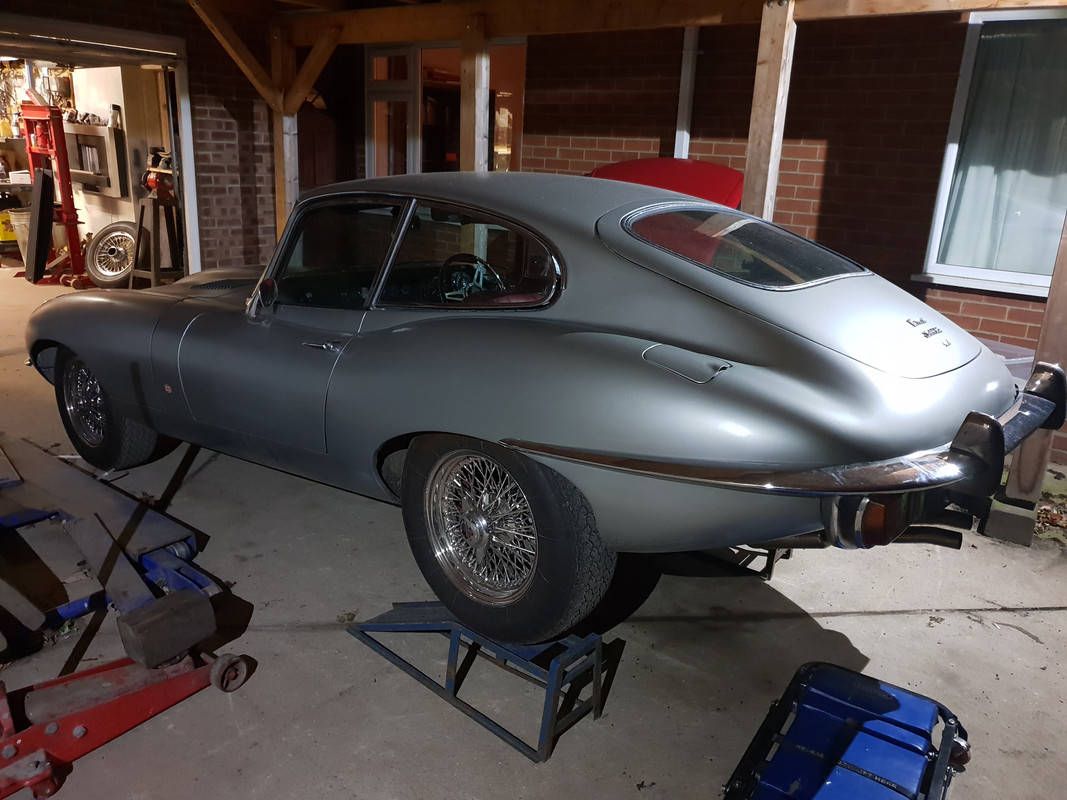 Whenever I see a Z30 Toyota Soarer on the roads here in Japan it always catches my eye, always turns my head. Just for the beauty of it, let me show you another good photo of one. 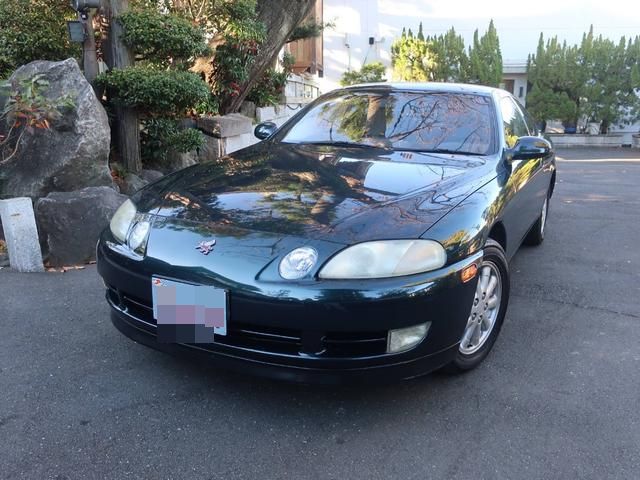 Now, before I let myself go in ecstasies in praise of automotive beauty, let’s talk a bit about concept, the concept of “luxury sports car.”

Most people, myself included, when we think “sports car” we think about something like an MGB 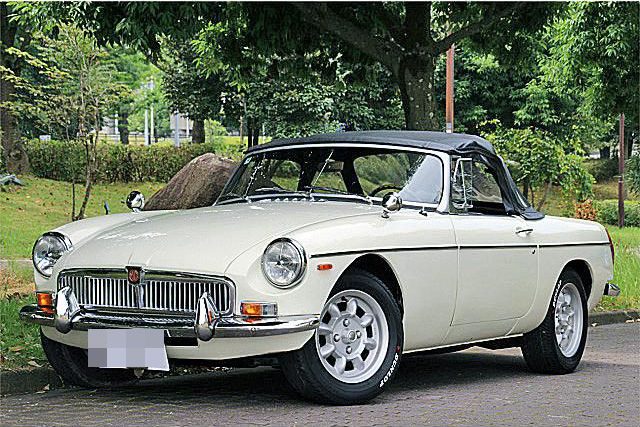 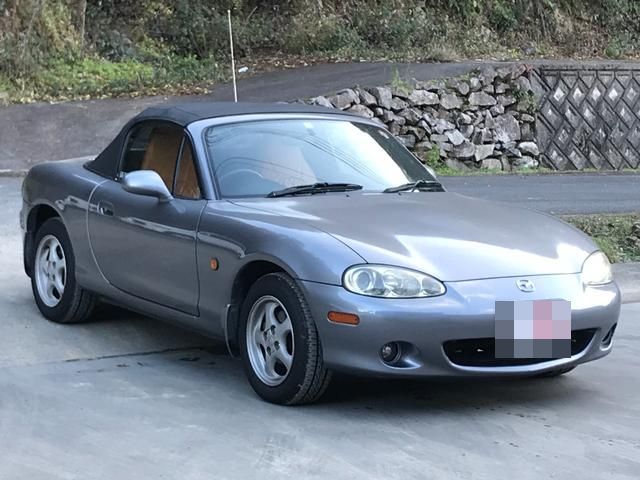 A small, two seat, open car. A roadster, basically. A fun and good-looking machine that has good handling, and a decent turn of speed. To my mind, a pure sports car does not have to be super fast, indeed, some of the great all time classics of the sports car would were relatively slow. But it has to be fun. So, good engine response when I blip the throttle, a snappy feel to the gear shift, and a quick and balanced relay of my steering inputs to the front wheels and to the road are what I expect from a sports car. (My 1.6 Miata NB2 gives me all that.)

The pure, simple sports car is one of the earliest clearly defined vehicle design concepts in motoring history, but the luxury sports car concept was not far behind. Decades ago companies like Aston Martin were offering powerful, but comfortable, sporting machines like their long running DB series. 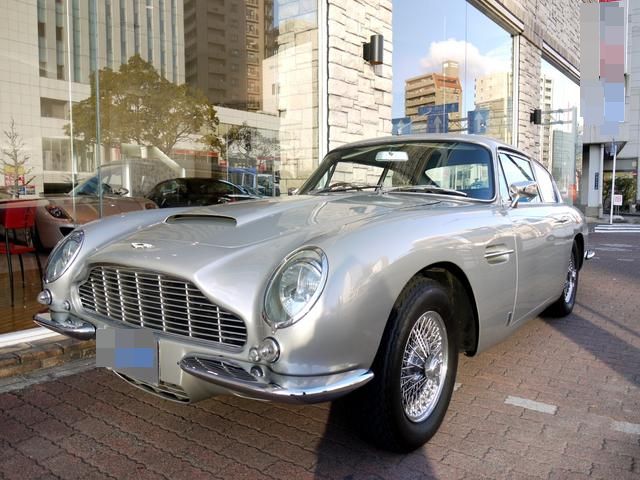 As you review motoring history, you’ll see that many of the designers of luxury sports cars tuned to the coupe type body as being the most suitable for a powerful and beautiful car. The coupe, with its solid roof, gives the high chassis rigidity that you need when you’ve got a powerful engine nestling under the hood, pouring body twisting torque to the drive wheels. This chassis stiffness is something that very few soft top roadsters can provide; one of the best open cars in respect of chassis stiffness is Mazda’s NB2 Miata / MX5 (my car, my car, my car, check him out in the first two photos in this blog post here).

So it is natural that the first three series of the Toyota Soarer, the Z10, Z20, and Z30, were coupes. It is only with the final series Z40 Soarer / Lexus SC430 that Toyota goes to an open top chassis design. And what a chassis it is! Very special, with its retractable metal hard top, but we’ll get to it later in this series. 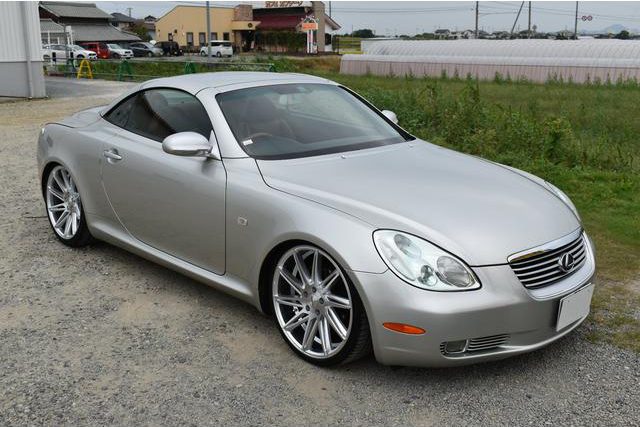 So, for me, sheer power is one of the things that differentiates a luxury sports car, like an Aston Marin or a Soarer, from a “pure” sports car, like an MGB or a Miata. A sports car, like my Miata, is quick, sure, but to get that power to go quick, you need to rev. In general, pure sports cars, with their relatively small capacity engines, need to rev high to produce any power. Now those small, high revving little four banger are fun and no doubt, but a luxury sports car should have effortless power, power from the moment you first open the throttle, and for that you are going to need lots of cubic centimeters (or cubic inches, if you prefer) of engine volume. So, again, to my mind, a luxury sports car has a relatively big (yet well tuned) engine, like the big 1UZ-FE V8 that you’ll find in the four liter version of the Z30 Soarer, the Lexus SC400, 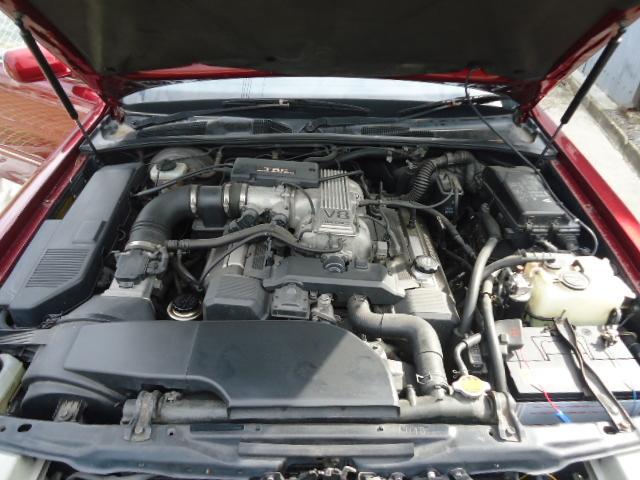 or the 2JZ-GE straight six that you’ll find in the three liter Soarer, the Lexus SC300. 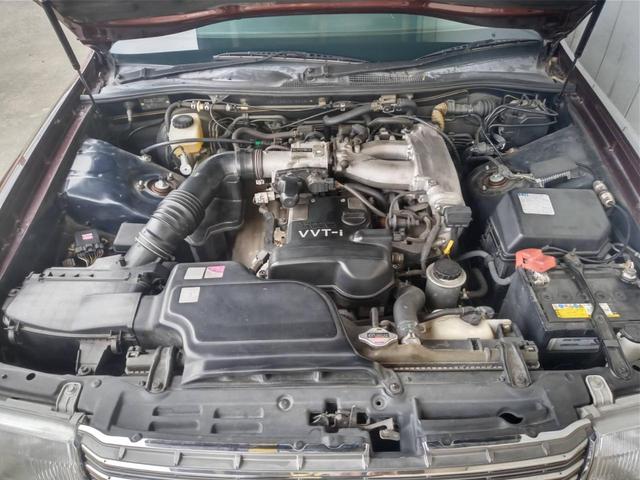 The low end, full spectrum power of these larger, well tuned engines may be best put to the drive wheels via an automatic transmission. It depends on your personal feeling. But I always consider that the “pure” sports car should have a close ratio manual trans, while a luxury sports car is often more “right” with an auto box. A further reason for this is that luxury sports cars are also cruisers. They take you on long highway runs at sustained high speeds with no effort and no stress on the car or on you. In a true luxury sports car, you cruise from one side of your country, or state, or province (or prefecture, as we have it here in Japan) and you arrive at the other side still fresh and full of energy. In a pure little sports car, you are more likely to arrive exhausted from all the road vibration and engine noise. The trip was fun, yes, but it was tiring.

These considerations also bring up a final aspect of the major differences between pure sports cars and luxury sports cars: size and weight. The luxury guys are bigger and heavier: 1,030kgs (2,270lbs) for my Miata vs 1,630kg (3,590lbs) for a four liter Toyota Soarer / Lexus SC400.

So let’s look at how Toyota Motor Corporation dealt with the luxury sports car concept in their Soarer and their Lexus SC cars. 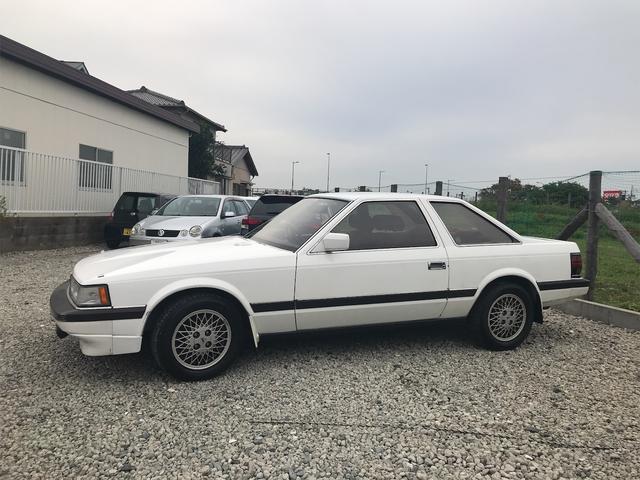 They sport the boxy, sharp lines of many other 1980s cars, like the world famous MR2 (AW11 chassis): 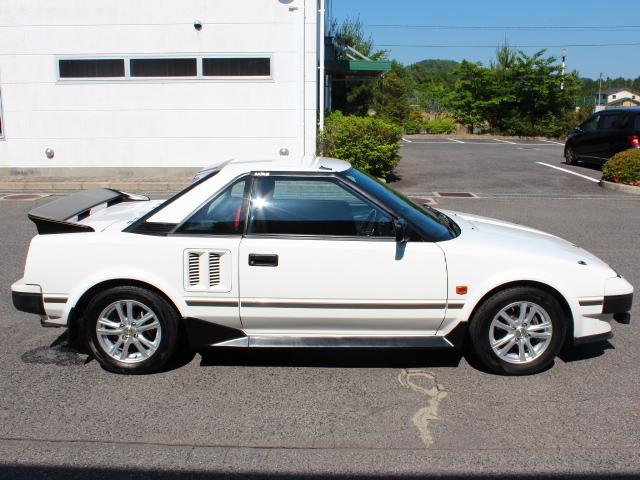 The Z10 Soarers weighed in at over 1,300kgs (2,860lbs) and had straight six engines ranging from two liters (the good old 1G, which is a favorite of mine and which we’ve talked about, along with other great Toyota luxury car engines, elsewhere on our Japan Car Direct Blog here, and here) to three liters (the 6M). These Z10 series cars were in production from 1981 to 1985 and I am happy to say that they come up for sale here in Japan in good numbers, both at the Japanese used car auctions and a the Japanese used car dealers that we work with. They have been kept in very good shape by their previous owners and some have been modified with very good taste and class. 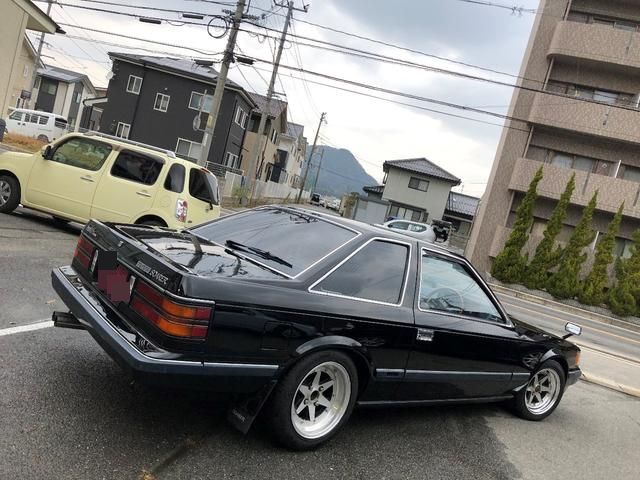 You can import a Z10 series Soarer from Japan now (time of writing: January, 2021) and have yourself one classy (and classic), unique, well-made, luxury sports car.

A point to note that we’ll come back to later: The Z10 Soarer has the same basic platform as the A60 chassis Toyota Supra. (Called the Celica XX here in Japan and the Celica Supra overseas). 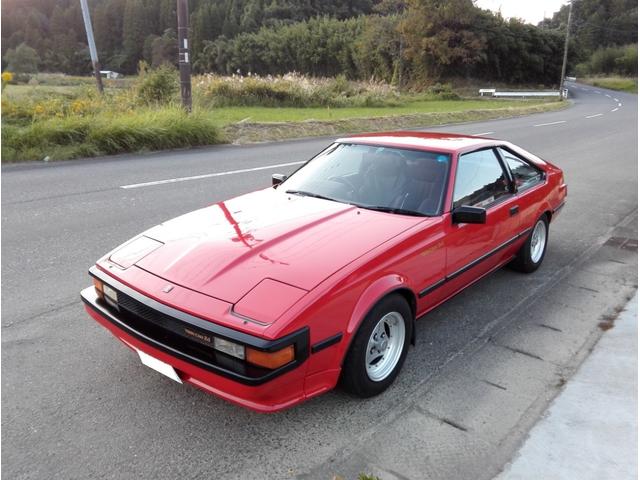 What we said above about class, uniqueness, and quality all goes for the next series of Toyota Soarer as well, the Z20; which was in production from 1986 to 1991. Again, many very fine units, both modded and purely stock, are available for direct import from Japan. Just beautiful cars! 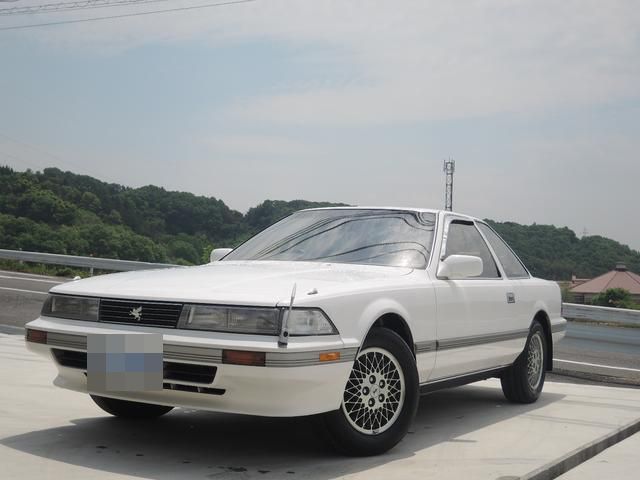 We still have the sharp lines of the Z10 cars and the engines are still all straight sixes (with my 1G available, too), but now you’ve got the option of more serious power if you go for either of the two turbo charged engines that were offered: the two liter 1G-GTE, or the thundering three liter 7M-GTE. Supra fans will recognize these engines as the early stars of the Supra 70 line up, and, in fact, the Z20 Soarer does share the Supra 70 platform. 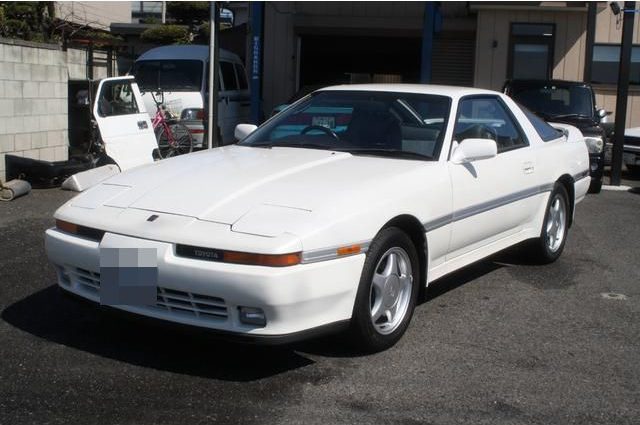 Sharing the Platform with the Supra

The sharing of platforms between the Toyota Soarer and Toyota Supra is significant for guys who are thinking of importing a good used Japanese luxury sports car from the 1980s and 1990s (and early to mid 1990s used Japanese cars are the best buys, especially for people who want to do a direct self import to the USA or Australia, with their easy import rules for used cars over 25 years old). The 60 series, 70 series, and 80 series Supras were solid, extremely well built Japanese high tech muscle cars. They were sold worldwide and were (and are) very popular. That helps to keep parts availability and tuning options and mechanical knowhow very good for the Soarer (and the Lexus SC, too, of course). These are important considerations for anyone thinking of buying (and keeping for years and happy years) a good used Japanese car.

In our next post here on the Japan Car Direct Blog we’ll look at the Z30 Soarer (the Lexus SC300 and Lexus SC400) and well look at the final Soarer, the Lexus SC430. I watched these SC430s being built in the Toyota Group factory where I worked for many years and I was consistently impressed with the quality and workmanship that was expended on them.

If you are thinking of importing a used Toyota Soarer or Lexus SC luxury sports car, contact us here at Japan Car Direct and we’ll help you with all aspects of the process. To many countries in the world, importing a used car from Japan is not a difficult thing to do, and something we’ve said for years and years at JCD is “Enjoy the Process, Love the Results.” Let us help you get a good, clean and very beautiful Soarer. You are going to love that car.

PS: Let me give you quick links here to information on importing a used car from Japan to the USA, The UK, Australia, Canada, Germany, and Poland.