Bonhams auction house in Carmel, California will be auctioning seven Group B rally machines from the ‘70s and ’80s this August. Especially exciting to many vintage rally enthusiasts is the inclusion of a Lancia Delta S4 Stradale and two other Lancia rally machines that pushed automotive design to the limits in pursuit of road-handling perfection and virtually dominated the rally scene in the golden age of Group B rallying:

The first model won three World Rally Championships (1974-1976), the second is a homologated version of the 1983 WRC manufacturers’ world championship winner, and the third is an extremely rare homologated special. More info. 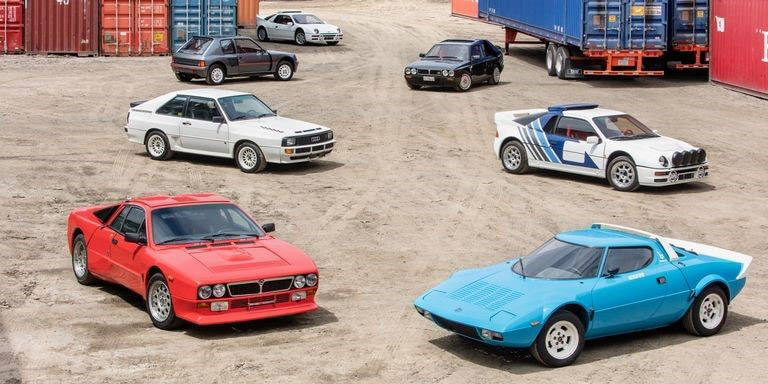 RM Sotheby’s auctioned a similar 1985 Lancia Delta S4 Stradale in May for €492,800 and the Bonham version is expected to fetch a similarly outrageous price.

Fortunately, not every Lancia enthusiast has to spend an arm and a leg to enjoy the incredible road-gripping excitement of a Lancia Delta. Japan Car Direct exported four amazing models from Japan in the last year or so to lucky owners abroad:

The first model is extremely rare, with only 220 manufactured worldwide, the second is a beautiful highly coveted limited edition, the third is a singular model that was only sold in Japan and the fourth (like the third) is a real stunner in wine red. 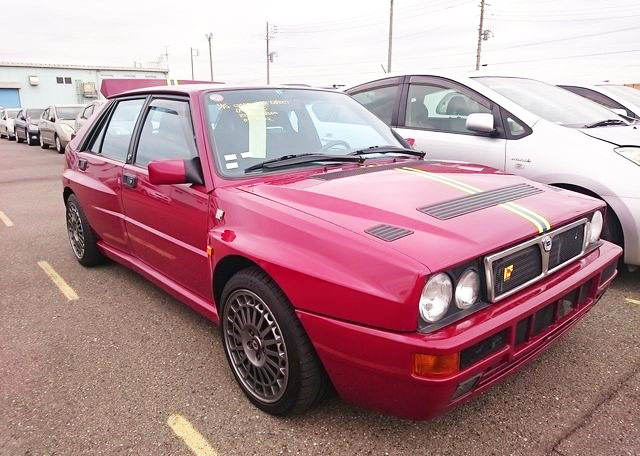 All four models were purchased at reasonable prices in the Japanese market, where highly sought-after classics in excellent condition can be obtained from specialist dealers, collectors and auctions with a little help from Japan Car Direct.

Even supercar owners love driving the Lancia Delta Integrale because it grips the road like glue and handles challenging road conditions with ease. You can confidently push it harder than you ever thought possible and always come out smiling.

Released in 1987 to meet the homologation requirements of Group A rally racing, the Lancia Delta Integrale outperformed everything in its price range. It also became the most successful model in rally car history by winning six consecutive WRC titles (1987-92), four drivers’ championships (1987-89, 1991) and 46 victories overall.

The secret to its success was a winning combination of legendary handling and high power-to-weight ratio. By virtually eliminating wheelspin, its three-differential 4WD system with 47:53 front-to-rear torque distribution and maximum 70% rear lockup delivers unbelievable traction, especially around curves. Where you point, the Delta Integrale goes!

Before spending too much for a dream Lancia in your home country, contact Japan Car Direct and discover how affordably the Japanese used car market can make your dream come true.