Classic. Sexy. One of the all-time favorites of experienced drivers. 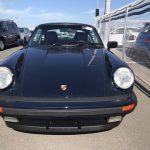 Everyone recognizes the Porsche 911 Turbo with its iconic round headlights, wide rear track and massive spoiler. Although this 1988 Porsche 911 Turbo is almost 30 years old, it still conjures up images of prestige and thrilling performance. Japanese used car auctions and dealers offer an incredible range of used 911s, in great condition at fantastic prices.

This performance may not be phenomenal by today’s standards, but many 911 fans will assure you that older air-cooled models like this Turbo 911 are more satisfying to drive because they test your limits and connect you with the driving experience at a deeper level. They also produce an [...] 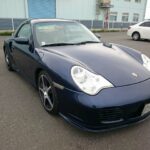 The Porsche 996 is renowned for being the 911 model that left air-cooled engines and classic styling behind. While many enthusiasts and collectors prefer older 911 models, there is no denying the 996 delivers higher levels of comfort and performance at a lower price.

Manufactured between 1999 and 2004, it is lighter and stiffer than earlier 911s and features an excellent suspension that contributes to surer handling without oversteer. The turbo version launched in 2000 was the first vehicle designed using Computer Aided Styling, and the Turbo cabriolet released in 2004 was the first 911 Turbo cabriolet in nearly two decades.

The turbo cabriolet’s 3.6-liter, twin-turbocharged flat-six engine generates 420 PS (309 kW) of horsepower for instant acceleration, a top speed of 187 mph (301 km/h) and an impressive 0 to 60 mph (97 km/h) time of 4.2 seconds. Four wheel drive helps ensure great traction around curves and the ride is comfortable enough for [...] 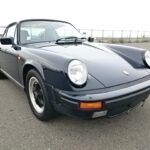 Between 1984 and 1989, when the global economy was booming, Porsche had the right performance car to steal people’s hearts and wallets — the 911 3.2 Carrera.

The 911 3.2 Carrera featured the stunning aesthetics of a 911 Turbo, one of the largest displacement air-cooled engines in Porsche 911 history, renowned reliability and a relatively affordable price tag. No wonder a record 76,473 of these dream machines were sold!

Powered by an air-cooled 3.2-liter horizontally opposed flat-six engine that produces 231 bhp and 284 Nm of torque, the 911 3.2 Carrera accelerates from 0 to 60 mph (100 km/h) in about 5.7 seconds and delivers a top speed of 150 mph (242 km/h). It roars at a somewhat lower pitch than 911s of the past and delivers more linear power throughout the rpm range in place of whiplash inducing peakiness. Fuel efficiency is surprisingly good, thanks to a Bosch Motronic 2 engine management system that [...]

The pinnacle of air-cooled Porsches. The obsession of hardcore purists. The Porsche 911 Turbo (933). 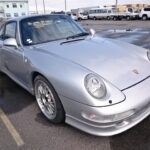 If you ask Porsche purists what model they dream of owning, many will passionately tell you “the 911 Turbo from the 933 series”. Melding beautiful curves with exhilarating performance, it was the last of the air-cooled Porsches and the last of the handbuilt 911s, making it the last of the true Porsches as far as purists are concerned.

Porsche put special effort into making the 933 series as irresistible as possible because only higher sales would save the carmaker from an impending financial crisis in the early 1990s. Fortunately, Porsche succeeded spectacularly, creating its most celebrated series ever with models of phenomenal quality and performance that sold exceptionally well.

The turbocharged models with all-wheel drive are especially desirable. Their powerful, 3.6-liter horizontally opposed 6-cylinder engines produce 408 (PS) horses that sprint from 0 to 100 km/h in just 4.5 seconds — fast even by today’s heady standards.

Performance figures rival those of the 959 supercar. [...]

Style. Status. Performance. The Porsche 911 Turbo has it all. Many motorsports enthusiasts agree this iconic sports car is one of the greatest of all time. 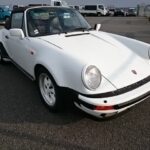 The 911 Turbo is one of history’s most recognizable sports cars. From raised round headlights to dramatically extended rear wheels and big rear spoiler, it’s distinctive personality attracts the opposite sex like a magnet and generates envy from every turning head.

The iconic rear styling, with muscular wheel arches, was largely the result of having a turbocharged rear engine. In non-turbo versions of the 911, the light weight of the air-cooled engine with magnesium crankcase tended to minimize the oversteer caused by a rear engine configuration. But the additional weight of the turbo convinced Porsche to dramatically widen the rear wheels for further compensation.

Between 1975 and 1989, the 911 Turbo was Porsche’s flagship model and Germany’s fastest production car. The larger displacement 3.3-liter engine with intercooler was introduced in 1978 to reduce the infamous turbo lag, and Porsche began offering Cabriolet and Targa versions in addition to the coupe version in 1986.

One of the world’s most sought after limited production vehicles, the stunning Porsche 911 Carrera is just about everyone’s dream car. This particular 4S was lovingly cared for as most luxury cars are in Japan. 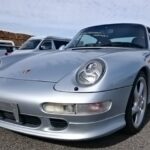 Gorgeous doesn’t begin to describe the Porsche 911 (933) 4S supercar. Its low and wide body with flared wheel arches and bold rear wing delivers coveted 993 Turbo looks without the turbo price tag. This is one of our favorite cars to export from Japan to car aficionados overseas and we have found that its value is actually rising. So you can satisfy your dreams while making a solid investment, too.

The rear-mounted engine may be naturally aspirated, but it generates an impressive 285 hp that takes you from 0 to 60 in 5.3 seconds and sounds great at high rpm. You’ll also enjoy phenomenally sure-footed roadhandling courtesy of all wheel drive, wide 18-inch aluminum alloy wheels with low-profile Pirellis, and large power-assisted disc brakes with iconic red calipers. Try saying “911 Carrera” without salivating. I’ll bet you can’t.

Now Porsche lovers everywhere are purchasing their dream cars from Japan, where used vehicles are [...]

Super clean used Porsche 911s like this one are to be found in Japan for very reasonable prices. 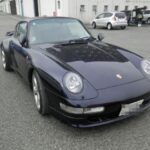 When you list up the all-time dream cars, the Porsche 911 is in the top of the list for most guys who want to import a good used German car from Japan.

The 3.6 liter, turbo-charged flat six engine is putting out serious power, and the 911, be it rear wheel drive or all wheel drive, puts that power to the road. This beautiful blue Porsche 911 here (in this case a 993) with only 75,000kms on it is a good example of the clean, low mileage 911s available from the Japanese used car auctions.

Thanks to the excellent car auction system in here in Japan you can buy a used Porsche 911 like this one online and import it direct to your port of choice. Dreams can become reality. You really can have a good 911 for reasonable money. 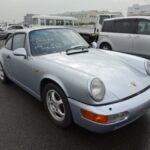 An all time classic member of the Porsche 911 family and a fine example of the good 911s available in Japan from the Japanese used car auctions, or found at the dealers here or bought from private sellers. This 1993 air-cooled 3.6 liter automatic 911 shows the sweet clean and simple lines of the 964 Series that ran from 1989 to 1993.

We were very pleased to score this clean, low mileage Porsche 911 for a customer in Europe and it is now on its way to its new, and very happy, owner.

This 911 is really a typical example of the condition of the high-end German sports and luxury cars that you can import from Japan these days. We see again and again how the original Japanese owners of these cars took such good care of their machines, how they treasured them, maintained them, drove them moderately and never put excessive kilometers on them. 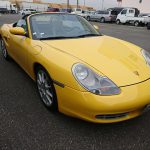 The car that saved Porsche
Porsche was in deep financial trouble in the 1990s. Then the Boxster came along and changed everything by capturing the automotive public’s heart and rocketing Porsche sales into the stratosphere.

Combining sleek roadster styling with 911-level performance and a surprisingly affordable price, the Boxster was instantly loved by everyone from sports car enthusiasts to critics. Even its name derived from the “boxer” engine and “roadster” styling was a hit. For a while, it was the best-selling model in Porsche history and the industry showered it with praise and awards.

Affordable, but not for long
Used Boxster models are still available at reasonable prices around the world, but enthusiasts have been snatching them up like crazy in recent months. Remember how quickly air-cooled 911 prices rose a few years ago? Boxsters may be next in line.

Better cared for in Japan
Used Boxsters are typically in better condition [...] 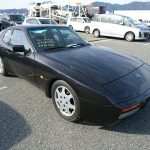 The Porsche 944 Turbo is looking better than ever to Porsche aficionados because it outhandles classic 911s and nearly matches their acceleration — at a mere fraction of their current prices.

Widely regarded as the best handling supercar of the 1980s, the Porsche 944 is exhilarating to drive on racetracks and mountain switchbacks. But it is also quite practical for everyday use thanks to ample interior space and handling ease. This unrivaled combination of supercar performance and everyday practicality makes it one of the best selling Porsches ever.

The 944 handles aggressive moves much better than the 924 and offers more civilized cornering than the rear-heavy 911 thanks in part to a nearly perfect 50/50 weight distribution. Steering is light and accurate, and braking is highly controlled courtesy of 12-inch ventilated discs, 4-piston Brembo calipers and ABS.