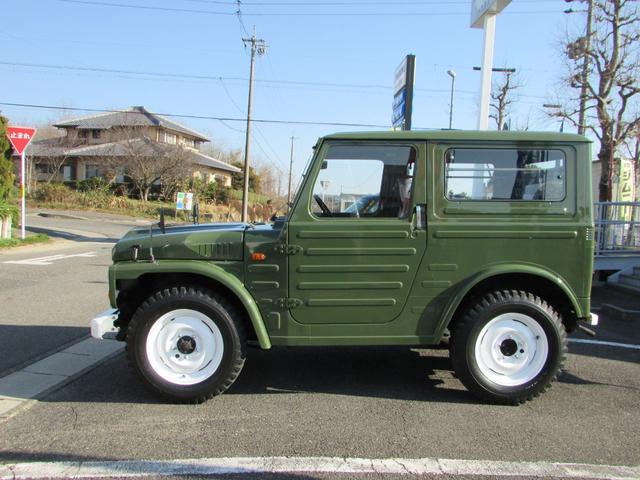 When I was a young, carless guy dreaming of what car I’d finally get when I was old enough, rich enough, and, more importantly, licensed to drive, I used to pour over car books and car magazines; studying data tables, reading driving reviews, looking at pictures, and just….dreaming about cars. (My parents thought I was doing my homework.)

One of the best car books I had back then was Granville King’s 4-Wheel Drive Fundamentals (Haessner Publishing, 1977). What a great old catalogue that was! Only cheap black and white photos, but great driving reviews and full data tables telling me all about the weights, capacities, dimensions, engines and drive systems of a whole slew of off-road cars and trucks (actually, they were almost all trucks, since 4WD cars were rather rare back then). That was what the book offered; that, plus explanations of how four-wheel-drive systems worked and how the various vehicles were classified. The perfect book for a young gear head. (I got it for $2.99 on sale. I believe in cheap when it comes to cars; and car books.)

Of course, I could never have hoped to be able to buy one of those four wheel drives as a new car. They were all expensive, as 4WD usually is, due to the extra components and extra strength and bigger engines required in these sorts of vehicles. A Jeep CJ7? Where are you gonna get the money for that, Boy? How about a GMC K25, or a Ford F-100? No can do. A Chevy K-10 Suburban? Not ever. Dream on. But the book also lead me to see how a 4WD as a second hand car is often a good purchase because the extra strength and toughness make used off-road cars longer lived vehicles compared to your average second hand road car. And in my experience of buying used cars, and I’ve only ever bought and owned used cars, I’ve never bought new (like I said, I’m cheap), I found that it’s true that 4WD cars generally last longer and are a good bet when buying second hand.

But the vehicles in that old catalogue were mostly big things, with engines of upwards of 5,000cc being totally normal. (The exceptions were mostly vehicles like the British Leyland Land Rover at 2,300cc. Still not a cheap car, by any stretch.) But there was one little sweetheart of a machine that I thought I could maybe, maybe afford one day: The Suzuki Brute IV. Granville King said it was small and light, had an engine of only 360cc, and was super capable off-road (although fairly hopeless on the highway). He wrote:

“Around town it was a good performer and very easy to maneuver in and out of traffic and into tight parking spaces…..However, it is in the outback that the Brute comes into its own. You can amble along over rocks, dirt, sand and just about anything else that looms ahead without too much fear of getting stuck or having to turn back…….Then we went on into the low range and we were ready for anything.” Cheap and super capable, this was the 4WD for me, I thought. Freedom beckoned, and I could imagine myself in my little four wheel drive, with its tiny (but affordable and fuel efficient) engine and low gears, crossing vast and unexplored territories where neither parents nor homework assignments could find me.

Now I know that the car that King referred to as the Brute IV was the Suzuki Jimny LJ20. The second in the (to be) great family of Suzuki’s terrain-conquering mini four-wheel drives. The first was the LJ10, seen here in one of Suzuki’s well-known early publicity photos: Both these models were imported from Japan to the United States in the early 1970s not by Suzuki, but by a small private importer called Intercontinental Equipment Corporation (IEC), who imported something over 3,000 units in total. It was only after Suzuki themselves got into exporting Jimnys to North America that I saw my first Jimny for real on the streets of Toronto. It was a powder blue SJ-20 and I was in love. It was a full steel body type like this green one here: I was charmed by that old-timey look of the pressed steel used on the doors and body, I was charmed, too, by the evident simplicity of the car, and I was thrilled with the clear impression of serious off-road capability exuded by the little guy.

Those LJs and SJs are the first real Jimnys, and the series goes on to the JAs and JBs of today, and we’ll look at all of these great, light off-roaders that are now available (depending on model year) for you to import from Japan to the USA, Canada, Australia, the UK, and Europe. But first there is actually a little vehicle made that came out before any of these “proper” Jimnys. It’s a real “incunabula” in motoring history.

So let’s go back and do a bit of history of the Suzuki Jimny.

But first, let’s think about the old British Land Rover, a first rate 4WD if ever there was one. What was it that made the original Land Rover such a success? I mean, come on, it was not a particularly pleasant vehicle to drive: hard, cold, and slow. It was only in the depressed times in Britain after the war that Rover even considered making such a brute. Rover’s chief engineer. Maurice Wilks, had been getting by with an ex-US Army Jeep and it was only when that old goat wore out that he suggested that Rover make a similar sort of 4WD (a “Class 1” as Granville King called the smallest and lightest of off road cars) to sell as a temporary measure to farmers and people working in Britain’s slowly recovering post war economy. Land Rovers are still in production today. So much for “temporary.”

Here in Japan, Mitsubishi had been producing a licensed version of the Willys Jeep since 1953 (and kept it in production until 1998), a bit before Toyota came out with their Land Cruiser in 1955 and a couple of years behind Nissan who started making the Nissan Patrol back in 1951, so it’s not like there were no domestically-produced Class One four wheel drives in Japan in the late 1960s when a little company called “Hope Motors” decided to have a go. The original catalogue exuberantly claimed that: “The Hopestar has been designed to be the Almighty Car for rough terrain: mountain, forest, deep snow, rivers, sand, mud, field and farmland. And more: towing, winching, (can be hooked up to) a generator, water pump, sprinkler and (has power take offs) for the agriculture, forestry, and fishing industries. It can drive on the highway.”

Guys like me who grew up on big North American cars and trucks might be tempted to laugh off the maker’s claims of “almighty” capability and to write off such a vehicle as a “hopeless piece of sh**,” yet the ON360 was anything but.

It magnified both the pluses and the minuses of the light 4WD concept: Light weight making it light-footed off road, and small overall exterior dimensions allowing it to get in and out of tight places between rocks and trees. All to the good. But harsh ride, “hippity hop” suspension, and tippyness at road speeds making it a brute to drive on road. All to the bad. And the worst of all: so underpowered that it was scary on some town roads and definitely terrifying going between towns. (I know this from personal experience in my own two-stroke Jimnys, before we power tuned them.)

Hope Motors only made about 15 units of the Hopestar ON360 in 1968. Hope then offered to design to Mitsubishi but Mitsubishi turned it down. Suzuki, however, in the same year took up the design and in 1970 came out with the first “Jimny”, the LJ10.

The first proper Jimny shared a lot with the Hopestar. It was the same length, width, and height; it even weighed the same: 600kg. The LJ10 also had a 360cc air-cooled, two-cylinder, two-stroke engine (made by Suzuki themselves), but, this time, you were getting a bit more power at 25ps and 3.4kg/m of torque. And while the Hopestar and the LJ10 shared a similar layout, no parts were shared between them. The general driving feel was similar between the two cars, but shift feel, handling, acceleration, etc. all told you that the Suzuki LJ10 was clearly a different vehicle, although one that shared the same root as the Hopestar ON360.

When I was at a Jimny Club Japan day held at Asagiri Highland some years ago I talked to a guy who had brought an original LJ10 with him. He told me that, since the car is a collector’s item now, he definitely does not take it off road anymore. But he had done so in the past and his experience was that it was very capable, indeed. Underpowered for sure, but the light weight and the very low gearing in 4WD-low range meant that the old air-cooled Jimny was equal to anything. Anything except for one thing: Hot, heavy, sustained high revving at low speed. Climbing long, long hills on hot, hot days could cause the little air-cooled engine to seize up.

“Yeah, it happened a couple of times,” he said with a big grin, “but it was no big thing. I just let it cool down and we were off again. But, yeah, ideally, it really needs to be liquid-cooled.”

And that is what Suzuki did with the next Jimny, LJ20, which I’ll tell you about in the next post.

Now, of course, if you want to export a nice Jimny from Japan yourself, I’m sure that you are not thinking of one of these early series, antique Jimnys; and, if you are, let me stop you right there: You won’t get piston rings for any of the two-cylinder, two-stroke Jimnys these days, and since two-stroke engines need to be rebuilt more frequently than four-stroke engines (and I can tell you this from personal, and expensive (but fun) experience), I advise against importing an LJ10 or LJ20 Jimny from Japan. There are much, much better Jimnys available here for you to bid on at the used car auctions or to buy direct from the used car dealers. LJs are for motor heritage buffs only. If you need a good, strong and cheap off-road car, go for the later Jimnys; which we’ll talk about next time here on our Japan Car Direct blog. For now, whet your appetite for importing your own, more modern Jimny from Japan, with a look here at this sweet little 1992 Jimny JA11 (I had one of these Jimnys, too) that we exported to the USA.

A Classy Dominator on the Drift Track in Japan: The Toyota Mark-II
NEXT POST