Cars That Can Out-Handle a Peugeot 106 S16? Precious Few, and That’s a Fact

What is the ultimate in handling? What is The Ultimate? Is it FR? Mid Engine? All Wheel Drive? Or is it a light FF hatchback? When I was a young guy, I had a young guy’s confidence and certainty; the kind that comes from lack of experience. I was told that a mid-engined car gives the best handling. I believed it. I bought a mid ship car. Bought myself a used MR2 here in Japan. Great. I had some doubts, though (snap over steer anyone?), and I started to think that All-Wheel Drive (AWD) was the thing. Bought myself a used Impreza WRX STi. Great again. Then I doubted again (excessive weight, anyone?) and I thought: purity and simplicity is it, so: super light FF Japanese Kei sports car, Mitsubishi Minica Dangan ZZ. Definitely great. But what about overloading the front wheels? (excessive under steer, anyone?). So now I’ve gone FR, a nice used 2002 Miata. Great, and no doubt. And yet I keep thinking that FF may be the best, ultimately, for handling. If I get a good condition used 106 S16 / 106 Rallye here in Japan (and I see good examples on the roads here), it may finally decide the question for me, because there is no doubt that this car is one of The Ultimate best handling motor cars. 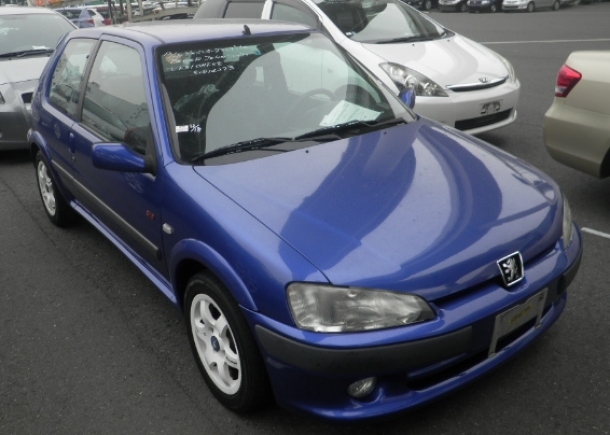 When I think best front engine, front wheel drive sports cars, I think: Honda Integra Type-R (like this lovely machine here that we recently shipped to the States), 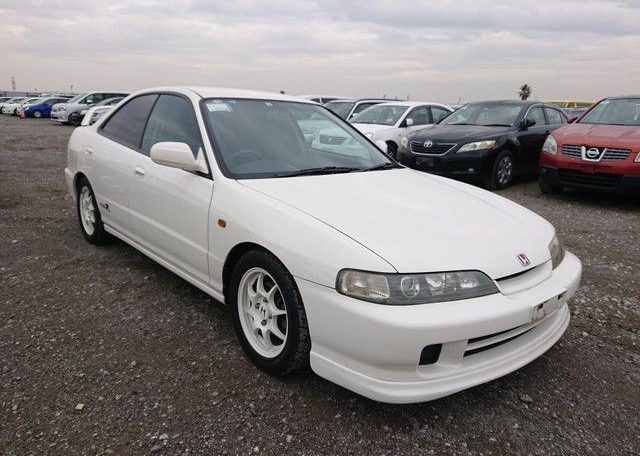 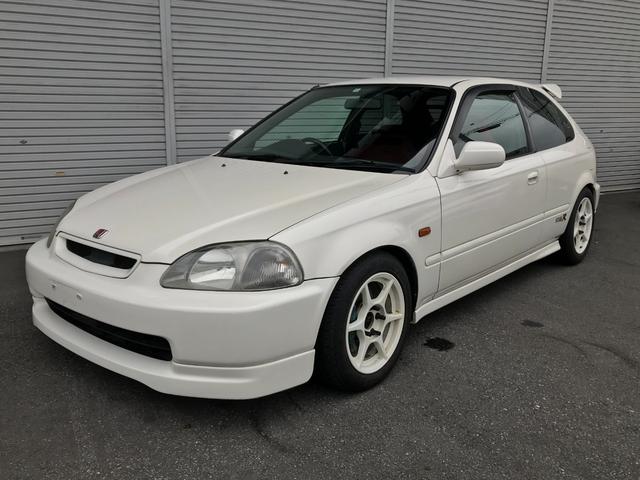 and, because I have a few years and miles on me now, I remember the Lotus Elan (FWD) that was so controversial in its day among pure sports car fans. 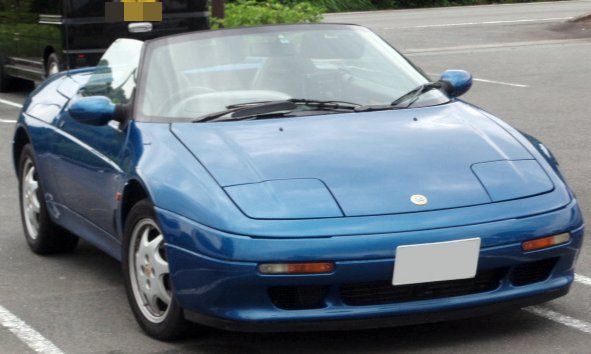 I knew some years ago that the Peugeot 106 S16 was a good handling car, I’d seen that fine Top Gear episode where the pro test drivers (Tim Harvey and Richard Burns, was it?) say that the Peugeot 106 GTi is the best handling car, and tangle in disagreement with Jeremy Clarkson about it. But I didn’t know how good the car was until one of the guys who lives up here on Mount Fuji, in the same cottage area where I’m roosting these days, got himself a nice little blue one, a used 106 with just less than 50,000km on it. Got it at a dealer down in the town, in Gotemba.

(On a side note: At Japan Car Direct we get most of our used Japanese and European cars, left hand drive / LHD and right hand drive / RHD cars, from the Japanese used car auctions here and that’s where the best deals come from, but we also work with a number of Japanese used car dealers and source many good units at reasonable prices from them.)

My neighbor’s review of his 106 S16 has been very positive: “Handling is first rate,” he told me. “It’s really, really good. And I’ll tell you something else, too, the car is quick. Really, really quick.”

So he’s a happy camper with his used S16, a really, really happy camper. But I don’t have to take his word for it, I’ve seen how well that little blue Peugeot handles. To my chagrin! You see, we both work down in Gotemba and there’s been a couple of times that we were coming home at the same time, up the twisty mountain road that makes it so much fun to have my Miata. Now, I’ve got the NB-2 Miata, so: stiffened chassis as stock, guys; and I’ve got the lighter 1.6 motor in there, so I’m saving some pounds and thus the car is even more optimized out of the box for handling, cornering and braking; right? O.K. But each time we’ve come home together, him in his 106 S16 and me in my Miata, that little French car, that little Gaston Bleu, has beaten me! I won’t say he’s spanked my ass, but he’s got a clear cornering edge on me, a clear edge. Dash it all! (And here’s a lovely yellow used 106 S16 for sale here in Japan right now.)

So what is the ultimate handling sports car? I just can’t say. I’ve been very fortunate and had a number of really good handling machines and, during these very enjoyable years with these very good handling and fun cars, I’ve also been getting some time behind the wheel of some of the machines that my car buddies are running (have a look at our Japan Car Direct Blog here to enjoy with me one of the greatest chances ever generously given to me by a “car buddy”). And, to think clearly about “ultimate handling,” we need to keep in mind what old Clarkson himself said so well: “…grip and road holding are different than handling. Handling is all about feel – handling cannot be quantified with a stopwatch.” Yep, he’s right.

Now, if you ask me what is the best overall handling “package” (FR / FF / MR / RR / AWD) for a road car on real roads where conditions are not always ideal, I can certainly give you my personal take as things stand: Mid engine (MR) cars and rear engine cars (RR) make me nervous on real roads in dodgy conditions (rain, wet leaves, any sort of reduced grip conditions) due to their snap over steer tendency at the limit. AWD is heavy and complex. It gives the best power to the road, but it’s not as much fun as FR and FF.

So now, for me, it’s between FR, sports cars like my Miata (1,030kgs), and FF, sports cars like the Peugeot 106 S16 Rallye with its light but rigid hatchback body (960kgs). I’ve got my Miata now, and he’s a good handling machine, very good, but, because of where I live on a high mountain (I’m at 1,000m, ASL) with a winding road home and snow in the winter, the FF sports car is very attractive. FF cars are simply better in snow and are safer when road conditions are not the best. My neighbor with his S16 comes up here in all seasons. He puts snow tyres on the little Peugeot and just plows through anything. My Miata needs tyre chains to do that.

Used to be that FF was considered inferior in pure handling. Not now, not after the Lotus Elan FWD and the Integra Type-R, and certainly not after the Peugeot 106 S16, which is high indeed on the list for the Ultimate Handling Car.

Why Buy a Used European Car from Japan, Anyway?

Now, some guys might say: “Why are you thinking about European cars anyway? You live in Japan, home of much of the best in sports machinery.” True, but, believe it or not, Japan is also the best home these days for the best in used European sports machinery, too. At Japan Car Direct we source and export many good, used, low mileage European sports and classic cars. This is because Japanese owners of European cars really treasure them; they drive them soft and maintain them well. Result: lots of good European left hand drive (LHD) cars come up at the Japanese used car auctions and at the Japanese used car dealers. To find out more about the whole “Left Hand Drive Cars from Japan” thing, have a look elsewhere on our Japan Car Direct site here.

And if, rather than the more modest machines like our Peugeot 106 S16, you are more attracted to the higher end European cars, have a look at our section on “European JDM” where we talk about lovely cars like the Porsche 911, Alpina, Mercedes Benz, BMW, AMG, and the ever-in-demand Lancia Delta Integrale that we help you to import direct from Japan. (Just click on the car name.) All of these cars are “ultimates,” and that is what importing good used sports and classic cars from Japan is all about: Getting the car that is the ultimate for you, at a good price and in good condition.

To get things rolling and to see what is available, just register here, and “go ultimate.”