Godzilla leaves everyone in the dust with its twin ceramic turbocharged inline-six engine, ATTESA E-TS AWD and 4-wheel steering.

The Nissan Skyline GT-R (R32), referred to as “Godzilla” by enthusiasts, delivers such an incredible combination of power and handling — courtesy of Nissan’s twin ceramic turbocharged inline-six engine, ATTESA E-TS AWD and 4-wheel steering — that it was nearly unbeatable on the track in the early 1990s.

This white 1993 specimen in great condition is just one of several sourced by Japan Car Direct from Japanese used car auctions and exported to lucky enthusiasts abroad.

While only released in Japan, Hong Kong, Australia, New Zealand and the UK, the Nissan Skyline GT-R (R32) became a racing legend around the world by winning four consecutive Japanese Touring Car Championships. Then it earned global cult status through games and movies.

Envious tuners in the US, mesmerized by the R32’s ability to handle up to 850 hp, couldn’t wait to get their hands on them. Some were even caught smuggling them. But the required 25 years have now passed and all Skyline GT-Rs from the R32 generation (1989 to 1993) can be legally imported from the US and other parts of the world. (Here are some more great used JDM cars over 25 years old.)

The Skyline GT-R (R32) is still popular for various types of racing and a favorite among tuners because its engine is so modification-friendly. Since 2017, the NISMO division of Nissan has been producing OEM parts for the R32 generation to meet the huge demand. 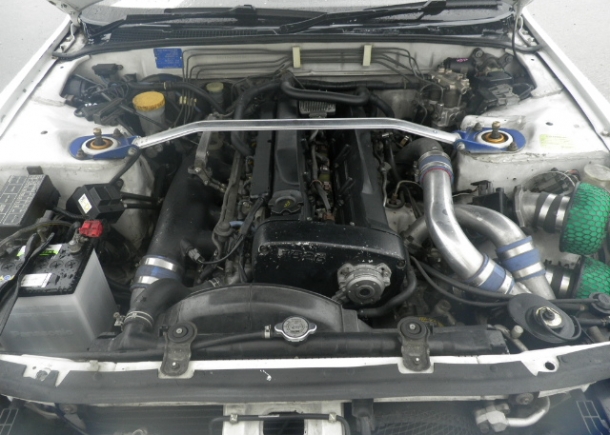 The twin-turbocharged DOHC 2.6-liter inline-six RB26DETT engine, with cast iron engine block and aluminum alloy cylinder head, is full of advanced features including three pairs of throttles for intake and water-cooled ceramic turbos. Nissan only published horsepower figures up to 280 PS, but many claim the output is closer to 320 PS.

To maintain traction despite the powerful output, Nissan equipped the Skyline GT-R (R32) with an AWD system called ATTESA E-TS that only kicks in when the rear wheels lose traction. Otherwise, rear wheels drive the vehicle to help prevent understeer when accelerating out of corners.

The resulting combination of power and grip was so effective in racing that Godzilla won all 29 races it entered in the Japanese Touring Car Championships! 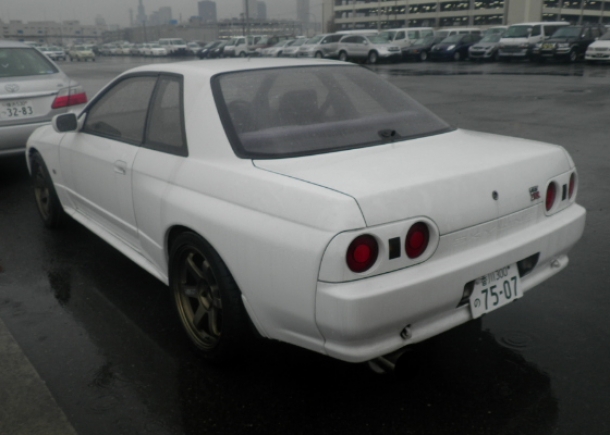 Phenomenal handling makes driving the R32 a blast. But it takes a little getting used to because of the unconventional AWD system and a Super-HICAS system that turns the rear wheels to improve maneuverability at low speeds and stability at high speeds. These systems are solidly supported by a multi-link suspension, ventilated disc brakes and standard ABS.

When you’re ready to import the monster Nissan that rocked the world, contact Japan Car Direct. Our team in Japan will help you source the vehicle of your dreams from a Japanese used car auction or specialist dealer and import it to your nearest port.