I got a great deal on my used Celica GT-4, a silver 1995 model year car that I bought here in Japan from a dealer in Shizuoka City. And to all the guys looking for an affordable supercar that you can import from Japan yourself, I recommend the Toyota Celica GT-4 (ST205 chassis type). Here’s a picture of mine. 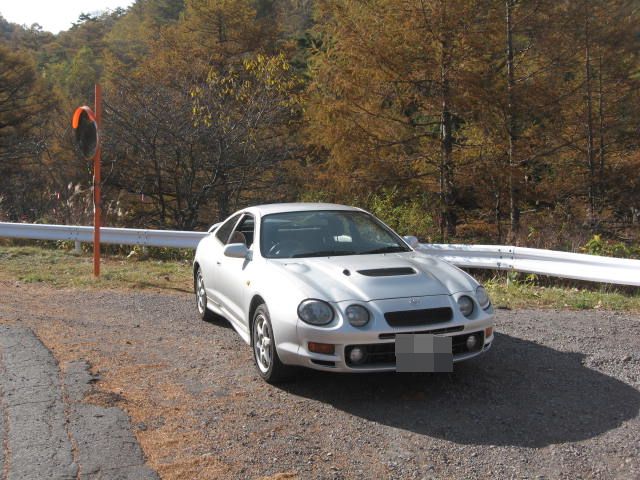 This black 1994 GT-4 that we are looking at here is being imported to Australia (via Melbourne). This one is now over 25 years old so it is easy for him to be imported to the Land Down Under. (For information on importing a used Japanese car to Australia just have a look on our website here.)

Now my recommendation is based on a number of things: The GT-4 is very well built (had to be to be a WRC winner, of course), has very high performance (low 5s 0-60mph), terrific handling (Toyota’s Super Strut Suspension System is a cracking good system), looks really good (a flat out beautiful car), and is very reasonably priced at the moment (time of writing: spring, 2021).

Let’s get into some meaty facts and specs.

There are three generations of Celica GT-4, all with rally heritage. The ST165, 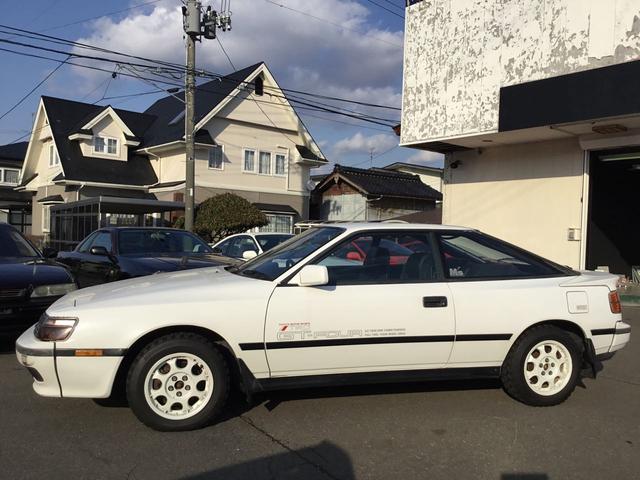 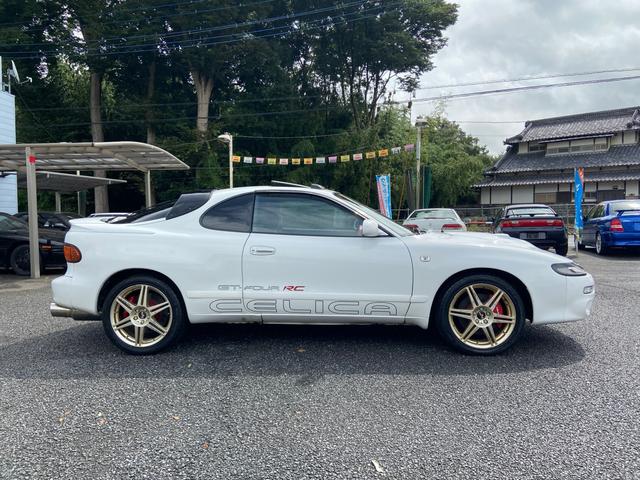 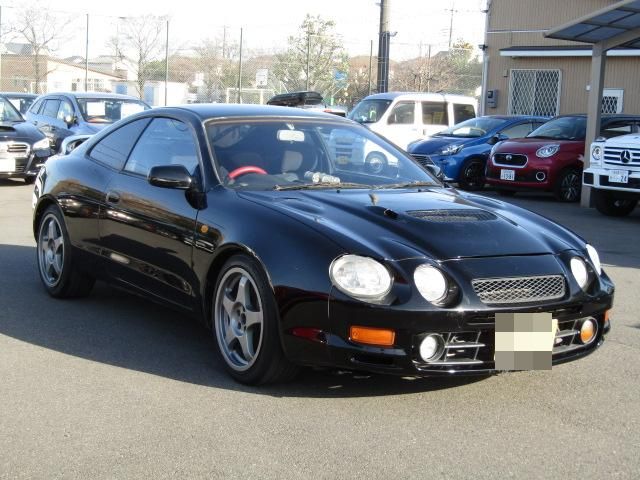 Now you do still find good condition examples of all three models here in Japan and they come up not only at the Japanese used car dealers, but also at the Japanese used car auctions. (And here at Japan Car Direct we source good used cars from both dealers and auctions.) In terms of pricing, the ST165 has become something of a classic and you don’t really find good units for cheap money; same situation, basically, for the ST185, they are now going for about the same money as the rarer first series cars. It’s the ST205 that is in the sweet spot at the moment. Sure, there are some units where the asking price is high, but there are still good deals to be had when it comes to the final series GT-Four.

One reason for this is that, in a way, the GT-4 is overshadowed in the popular mind by the two other direct competitors in its class: The Mitsubishi Lancer Evolution 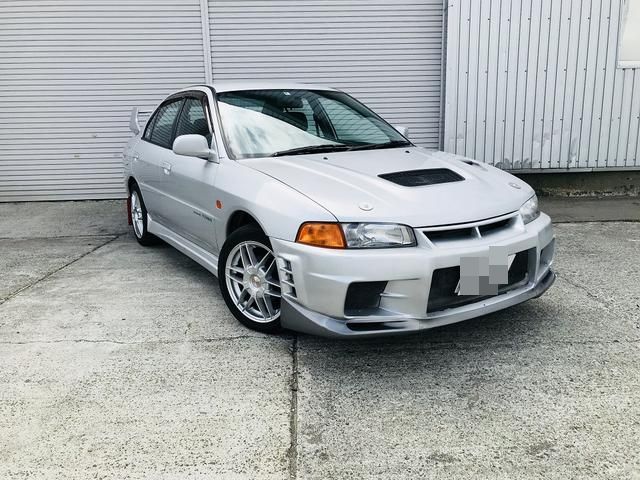 and the Subaru Impreza WRX STi (which is the car I got after my GT-4). 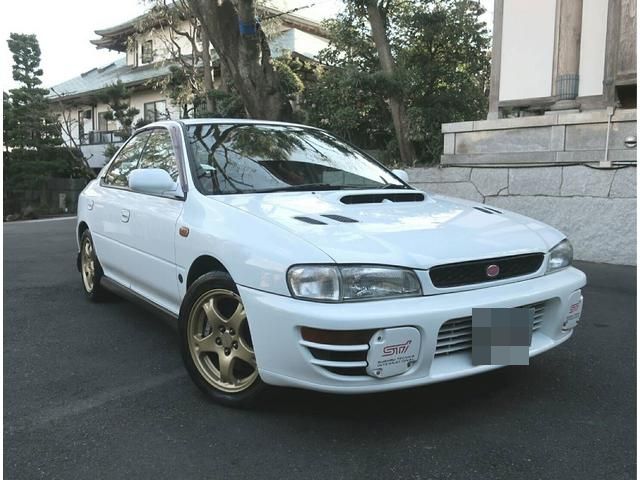 So guys who are looking for two-liter, all wheel drive (AWD), turbo Japanese supercars will get all hot and bothered about Evos and STis and will miss out on the GT-Fours. So less market pressure and therefore more reasonable prices for what you are getting.

Size (in millimeters): Length 4,420 X Width 1,750 X Height 1,305. So he’s longer and wider than an equivalent mid 1990s Lancer Evo or Impreza STi, but’s he quite a bit more low-slung. This is something that you (and your passengers) will notice as you get in and out of a Celica GT-4: The GT-4 is a sports car from the design inception stage, whereas the Evo and STi are based on sedans. Interestingly enough, both the latter two cars are lighter than the Toyota, which is perhaps one of the reasons that my Impreza’s build quality was generally below that of my GT-4. You gotta save weight somewhere, right?

Engine: Toyota’s famous and very, very strong iron block 3S-GTE. “S” for the engine family, “G” for performance state of tune, “T” for turbo-charged, and “E” for fuel injection. (We talk a bit about Toyota’s engine codes on our Japan Car Direct Blog here for the guys that want to know more about it.)

Now some guys may know better than I do here, but, off the top of my head, I think that the 3S-GTE, shared with the MR2 Turbo, by the way, holds the record for max power for a modified two-liter engine. Something bizarre like 800ps, I think it was. And this is one of the strong points of the Celica GT-Four: A highly tunable engine that can take serious boost while remaining reasonably reliable. There was a video kicking around Youtube some years back of a Celica GT-4 (ST205, same as what we are looking at here) that had been boosted to 600hp going head to head in an illegal drag race against a Supra 80 that was putting out 1,050hp. The Celica spanked the Supra’s ass. (And did it twice just to be sure.)

Of course the Supra simply couldn’t put all his power to the road in a rocket start from zero; the GT-Four, with his all-wheel-drive and 50:50 (front:rear) power distribution, could.

Now, when the two cars are bone stock, as in this old video here, the turbo Supra 80, will win, but, again, not in initial grunt, and not by many tenths of a second either at the end.

I thought that the drive system in my GT-4 was excellent and I really liked that it was not anything like those “on-demand” types. The center diff in the Celica GT-4 gives 50% of your power to the rear wheels and 50% of your power to the front wheels. Always. All the time. So when I did a clutch dump rocket start, which I often did (OF COURSE!), that Celica just leapt forward. In fact, I couldn’t believe all the power and performance I was getting for so little money for that used car. It was delightful!

And another delightful thing about the 3S-GTE in the GT-Four is that the intercooler is not an air-to-air type, as found in the Evo or the STi, but is rather an air-to-liquid intercooler (charge cooler) 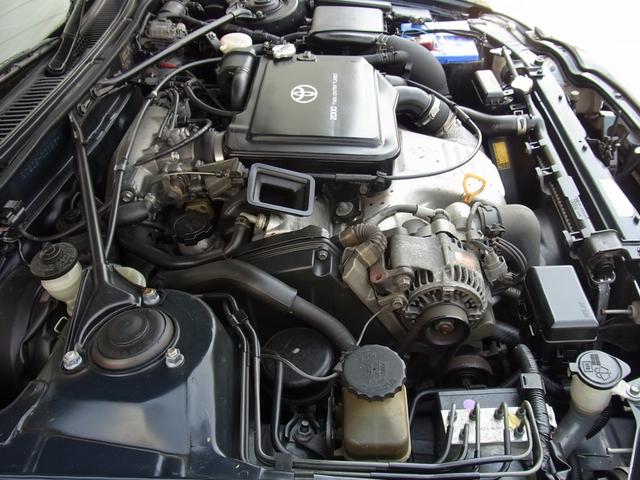 as found in the Lotus Esprit Turbo. 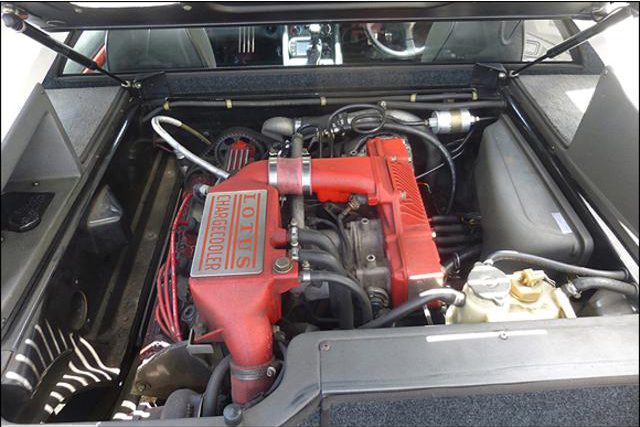 Charge coolers tend to give better engine response at low rpm on highly tuned turbo engines. I certainly found that to be the case, and this is another reason I recommend the GT-4.

Now let’s talk about how I found the handling on the Celica GT-4.

As I said, I bought my GT-4 used here in Japan and he was nearly stock, except that the previous owner had modified the suspension with a 2.5cm drop and accompanying geometry changes. A few days after I got the car home, I took him out to the deserted mountain back roads and let loose a bit. I was so shocked at not only how fast the car was, but at the amazing road holding. The GT-four went around those corners like he was on rails. No lies. After pushing him more, I finally got scared, pulled over to the side of the road, got out, walked about ten paces away from the car, turned around and said to him out loud: “You’re f***ing kidding!! A car can do that?!”

Later, because of the condition of many of the roads that I drive on, I changed the springs, recalibrated the geometry, and raised the GT-4 up by 1.5cm (so I was working with only a 1cm lowering). That helped with the bottoming out of my front spoiler. And later again I went back to stock height and stock geometry. I would actually say that the car was “happier” at those settings on normal roads, but I did sometimes miss that incredible edge the initial lowering had given us.

Now this gives me an opportunity to say a few words about the special suspension that the GT-4, and the Celica SS-III (ST202) come with as stock (it’s also an option on the SS-II), namely Toyota’s Super Strut system. It is essentially a modification of the standard strut system used on base model Celicas. The changes are such that the front suspension operates more like a double wishbone system in that the wheel track, camber, etc., stay in the same plane as the wheels go up and down. So it does indeed give better handling in hard corners at speed than you get with standard struts. Don’t get me wrong, it’s not a night and day sort of thing, but, yeah, Super Strut is a bit better.

There is a downside, however. On horrible, rough, bumping and pounding roads, the Super Strut system is not as strong as the normal struts. This is why Toyota did not run Super Strut in the final rallies when they entered the GT-Four. The system is not weak when you are driving on normal roads, but I found that the lower arms do wear out a bit sooner than with the standard set up. I was happy to shell out the money to replace them when the time came since the GT-4 had such great handling with Super Strut. I had the car for six years, put mega miles on him, and only changed the lower arms once; and they were the original arms.

So if you want to import a used Japanese car to the USA, or Australia and therefore need to have that car 25 years old for easy import, and if you’re looking for serious power and performance from a used Japanese supercar, and you want it all for a good price, then go for a mid-90s Toyota Celica GT-4. You can then tangle with the Lancer Evolution and the Subaru Impreza, and while doing it, you’ll have something that they don’t have: You’ll have really good looks! 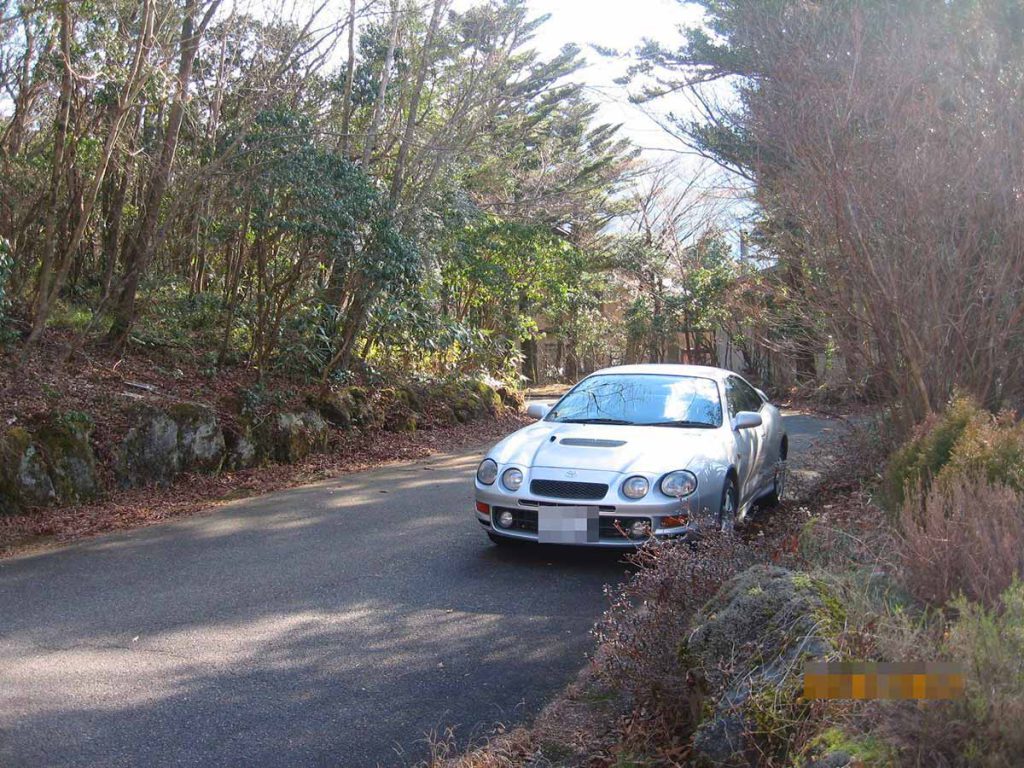 To get your own good condition GT-4 at a good price while we are in “the sweet spot,” register here.