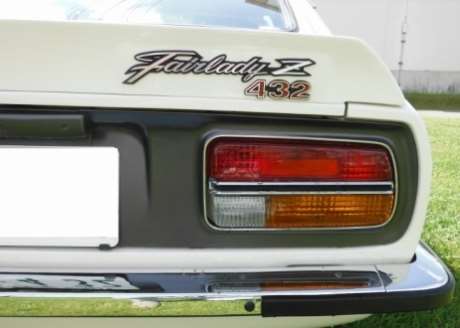 This pristine example of the classic 432 features an original S20 engine restored by Japan’s premier artisan!

One of many fantastic used vehicles available in Japan, the 432 comes with a screaming S20 engine — the same engine that powered the legendary Hakosuka Skyline GT-R to 49 consecutive touring victories between 1969 and 1972, leaving even Porsches in the dust.

This Fairlady was restored by Tadashi Ando, who restores vintage Fairladys and Skylines with such perfection that Nissan depends on him for their museum display models.

I spent the afternoon with Mr. Ando awhile back, touring his yard, eating Japanese noodles and enjoying his amazing car stories.

Since that experience, I’ve been passionate about Nissan’s 2-liter inline six S20 engine. Boasting a 7,500 rpm redline and 160 horsepower, it was pretty incredible in its day. You have to hear its addictive exhaust note to believe it! 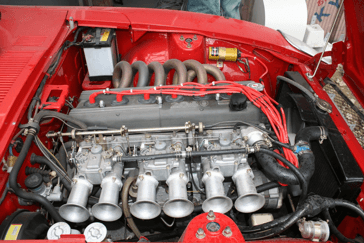 In Nissan’s flagship Fairlady Z 432, the engine’s 4-valve, 3-carb, 2-camshaft configuration (for which the 432 was named) contributes to a dramatic performance advantage over standard Fairlady Zs.

The 432 sold for nearly twice the price of ordinary Fairlady Zs when new. Now it’s a collector’s car and becoming rarer by the day.

Come and register to get your own sweet Japanese ride!