A JZS-140 Series Crown Majesta will last forever! I wonder how many times a good used low mileage Japanese luxury car like this one here (only 51,200 miles on him!), or like a Toyota Crown, will “turn the clock”? I figure that 300,000 miles is perfectly reasonable. And that’s with just normal maintenance: regular oil and oil filter changes (using just a good grade of standard mineral oil, no special synthetics needed), regular air and fuel filter changes (stick with Toyota’s recommended intervals, unless you drive a lot on dirt roads or have to burn crappy gas), and regular warm ups in the morning (and cool downs after a hard and hot highway run). The mid 1990s Toyota Crowns with Toyota’s bullet-proof iron block straight six engines, the 1G, the 1JZ, and the potent 2ZJ (like we have in this Crown Majesta that we recently exported to a very wise used car buyer in the USA) are long lasting cars indeed.

The late ’80s to late ’90s were, to me at any rate, the glory years of Japanese cars (and not just because that’s when I first came to Japan). During those years, manufacturing techniques were perfected, but quality-eroding cost cuts had not yet begun. Indeed, many Japanese luxury cars, like our JZS147 Crown Majesta here, were “over-built.” Paints were oil based and lasted well, engine blocks were often iron, interior panels were thicker and less rattle prone, body designs were not based on computer programs and excessive government regulations, and everything was just…better. Now I am a total fan of Toyota cars from pretty well all eras, but I am certainly not the only Toyota fan to have my complaints and reservations about the results of the cost cut push that began to make some mistakes starting in some late 1999 models. (I guess that the 7th gen Celica could out-handle my 6th gen…I guess, but those rattly dashboard panels in the 7th gen drove me nuts!)

On a personal note, I had a 1997 S150 Series Crown and he was a first rate machine. Yeah, he was just “better.” Same with my 1990 Toyota MR2 and my 1995 Toyota Celica. Those cars were just so well built, so “better” than much of what we are being offered today.

At the heart of any car is the engine. In 1995 the Majesta came with two engine options: The 1UZ-FE four liter aluminum block V8, or the 2JZ-GE iron block straight six that we’ve got here. (We talk a bit about the meaning of Toyota engine codes on our Japan Car Direct blog here and we also tell you more about the Crown Majesta itself here.

And you can see our other posts on Toyota Luxury Cars here and here.

And there are more to come as this is an ongoing series about a group of used Japanese luxury cars that just….keep on going!) Straight six engines tend to have very long life spans because the arrangement of pistons in the straight six layout gives near perfect mechanical balance (both primary and secondary balance) and so stresses and shakes while the engine is running are reduced. This leads to longer engine life because the various moving parts of the engine are not fighting against each other and increasing wear and tear. In addition, a longitudinally mounted engine, like we have in the three liter Majesta, is usually relatively easy to work on. As you can see here in these photos of the engine bay, you do have more elbow room 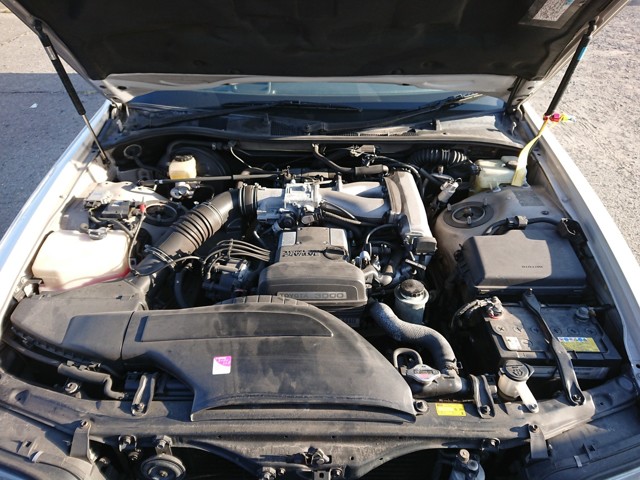 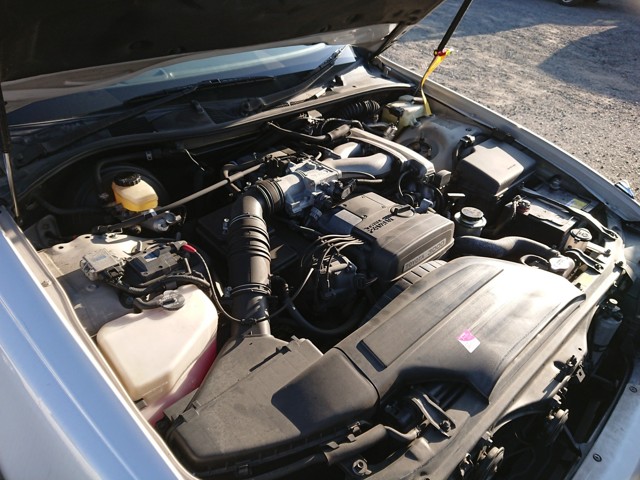 than in the V8 Majesta.

And yet, the 2JZ-GE that you are looking at in this Crown Majesta is not some sort of second choice modest unit. Oh no, not at all. The “G” in Toyota engine parlance tells you that it’s a performance oriented engine (“F” tells you that the engine is in a state of tune more suited to economy), and the straight six in the Crown Majesta is actually the same motor that you get in the mighty Toyota Supra 80 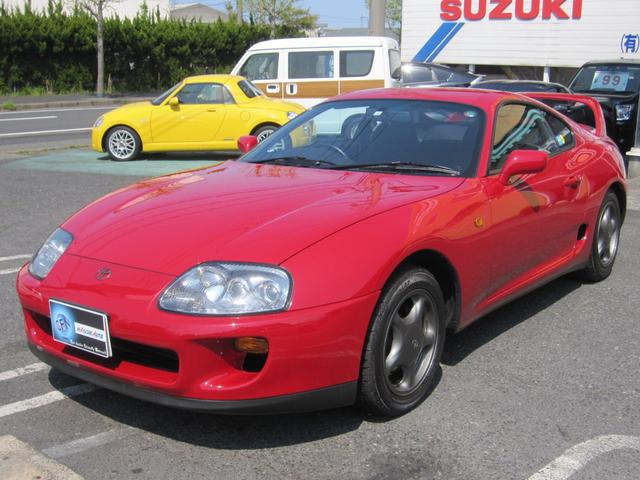 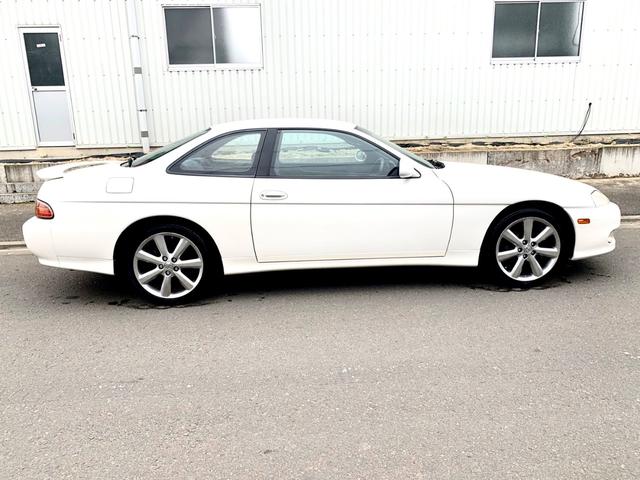 So while this Crown Majesta has classy, refined, indeed understated styling, it’s got the engine of a modern muscle car.

And while we’re on the topic of “classy,” I can see that, with all the government-imposed sameness that so irks older car fans like me who remember the days of design freedom, these older and long lasting used Japanese luxury cars like the Toyota Crown and Toyota Crown Majesta, like the first series Toyota G40 Century or the Nissan Cima, are becoming classics now. At the moment, when you buy from the Japanese used car auctions or the Japanese used car dealers (and here at Japan Car Direct we get good units for you to import yourself to the USA, to the UK, to Canada, Australia, and the EU, from both these sources), you are getting very good used car value and quality at reasonable prices.

It is our policy at Japan Car Direct that what our customers pay for their used cars bought in Japan is private information, so I can’t tell you the exact figure that our customer paid for this low mileage (Only 51,200 miles! Did I say that? Yes, I did, but I’ve got to say it again because this car is such a good deal.) Crown Majesta; but I can say that it was an awfully good price! Our customer is the winner!

Contact us and we’ll help you to join the winning group of classy guys who own classy Japanese luxury cars that just last forever.