The whole Silvia family, those cars based on Nissan’s “S” platform, were winners. The “S” platform was intended from the design stage as a chassis for rear-wheel-drive sports cars. So these cars were sporting machinery from conception. They are not family sedans with two doors and a few performance and handling tweaks. No, no, no! They are pure sports cars from day one. The “S” platform concept ran from 1976 to 2002. There were 7 iterations: S10, S11, S110, S12, and S13, the car we are looking at here, 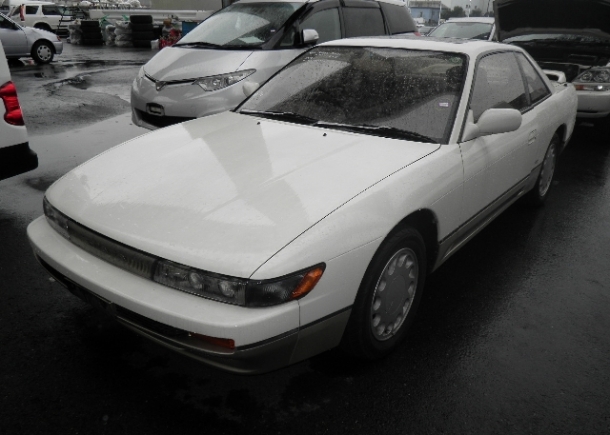 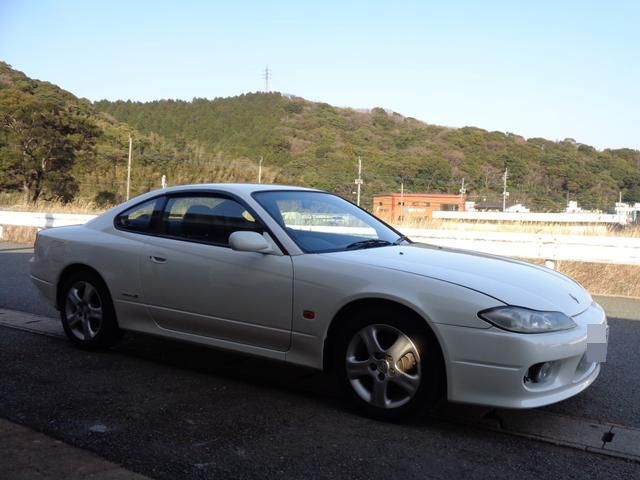 There are many good, clean examples of the Nissan Silvia available here in Japan these days (time of writing: Spring, 2021), whether you are looking for highly tuned examples 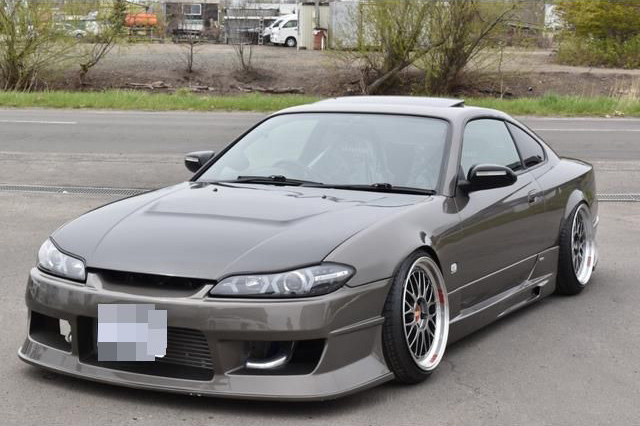 or Silvias that are basically, or even completely, stock. 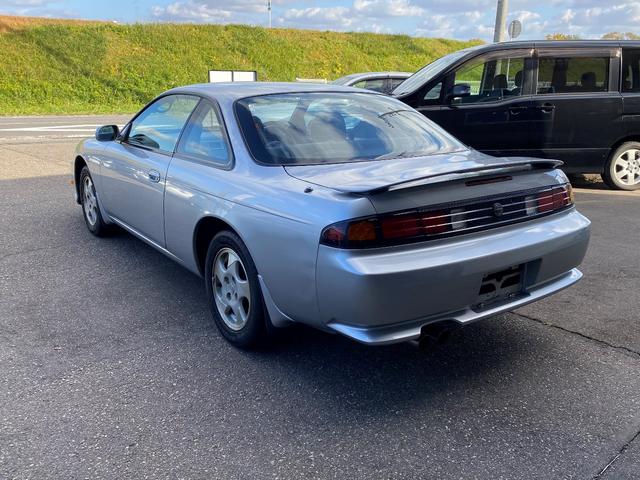 And also, when thinking “Silvia to Import from Japan,” we need to keep in mind the 180SX, which is an S13-platformed car with a different body. 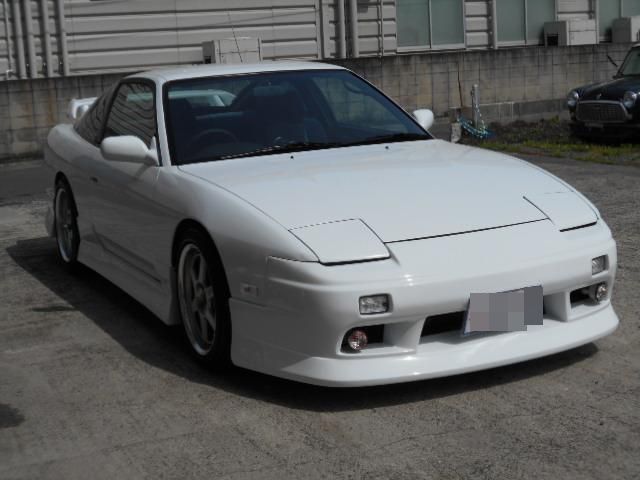 Personally, I think the 180SX is a super looking machine, all sort of future space ship rocket fighter looks to me. Some guys disagree, though, and like the Silvias for their slightly understated looks. They are certainly beautiful sports cars with fine and balanced lines that avoid being too loud or “over the top.”

But, looking at the used Silvia market in Japan over the last few years, we have to point out that prices are rising, especially at the dealers. The used car auctions are now the place to get the better deals on a used Silvia from Japan, be it the S13, S14, S15, or the 180SX.

What’s So Great About the Nissan Silvia?

Before we touch this question, let’s narrow down what cars we are talking about. I can’t really say anything from my own experience or from the experience of my sports car buddies and acquaintances about the pre-1988 Silvias because none of us have even owned the older “S” platform machines, from S12 going back. It’s really only the cars starting with the S13 that we are considering here. The older cars have kind of moved into the “classic” bracket now.

On the drift track and the skid pan the Silvia is a mega winner. We export quite a number of used drift cars from Japan to the UK and to the USA (and some to Canada and Australia, too), and the Silvia is consistently one of the most popular. (You can find out more about Japanese drift cars on our website here, here, here, and here, and on our Japan Car Direct Blog here.)

The Silvia is right up there with the best drift machines, no question at all. It’s got everything you want for drifting and it has it in spades. 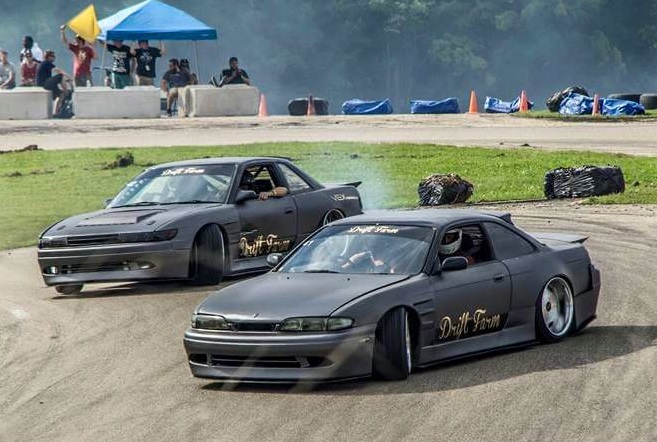 Front engine, rear wheel drive with a front end weight bias. Powerful engines with very good low-end grunt. A strong chassis. Room to carry your drift track wheels as well as the tools that you always end up needing during a day at the skid pan. The Silvia has it all, and very importantly, because the car is so popular for drifting, you’ve got the technical and parts support to make it all happen. Tuning support, in the form of tested parts and combinations and in the form of knowledge and experience held by other drifters and by tuning shops, is essential to really enjoy the sport of drifting. I’ve seen a few guys up on the drift track at Fuji Speedway running cars that are less popular for drifting and, perhaps less suitable and, although they are spending money on their machines, and I’m sure they are having fun…..they are never kings on the day, though, and I suspect that they don’t get the tuning support that guys running cars like Silvias can get.

But before we get all hot and bothered about drift only, only drift, nothing but drift, let’s not lose sight of the fact that, as a pure sporting machine, the Silvia is also a winner. A (basically) simple car with a powerful engine, a solid, rigid chassis and an FR layout; good handling and braking…..and good looks, too. 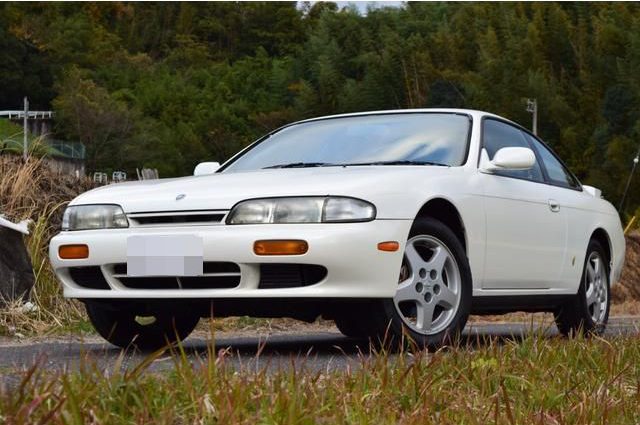 Now, compared to sports cars like the Miata, or the smaller sports hatchbacks like the Charade De-Tomaso or the Peugeot 106 S16, the Silvia is a bit heavier, yes. (Your lightest early S13 with the smaller 1.8 engine won’t come in at under 1,100kgs.) But the Silvia also gives you a sports car that is a good cruiser, too. In countries like the USA or Australia, or Canada, with their long, long open roads, or the UK, with their high speed motorways, a nice amount of cruiser ability is often just the ticket. (I’ll admit that my Miata can be tiring after a long highway run, and my old Kei sports cars did let you feel the fatigue of a cross county journey at the end of a day.) So, on the overall sports car side, the Nissan Silvia is a winner that is also way more practical than a two seat roadster, that’s for sure.

Pure sports car guys hold the whole Nissan “S” platform series in high regard. I recall a conversation with a UK-based used Japanese car importer/dealer who is also a very experienced sports car owner and track guy. Gosh, he’s had everything when it comes to Japanese performance iron from the “Glory Years” (about 1985 to 2005, in my book). He’s had the R32 Skyline GT-R, the R34 Skyline GT-S, he’s had the Honda NSX, a clutch of Miatas, and….you name it, he’s had it. I just burned with jealousy when he said to me one day: “I’ve had the privilege of owning pretty well every Japanese sports car I’ve ever wanted.” He told me that, all in all, all in, and over all….he thought that, taking into account pure sports car aspects and tunability and drift aspects, the Silvia was the best. He was looking for another one and came to us here at Japan Car Direct to help him import a good, clean, final series Silvia to the UK. (Specifically, he wanted the Spec-R.) Oh, yeah, and he’d also had a Supra 80 twin turbo as well at some point in his charmed motoring life, but still, he finally settled on the Silvia. (Still green with envy, I am, still green!)

The Nissan Silvia S13 is one of the best sports cars available today in the Japanese used car market. It’s a car well worth buying direct from Japan, either from the Japanese used car auctions or the dealers (or private sales), and importing yourself; especially to the UK, where sports cars are in the blood of the true British motorist, and where the motor sport of drifting has become so popular. And this low mileage example we just sold to a very happy UK customer is a super clean car.

What makes the S13 (and the S14 and S15) Silvia so great? Aren’t there other 1990s Japanese sports cars that can out handle or out accelerate a stock Silvia? What about the Toyota MR2 (SW20) and the Honda Integra R-Type (DC-2)?

Sure, these are fantastic sports cars in the same class as the Nissan Silvia (1,800cc to 2,000cc). But the Silvia wins hands down in two key motor sports and sports car driving areas:

1)    Drifting: The Silvia is one of the princes royal of the drift track, no denying it.

2)    Tuneability: The Silvia is one of the most tuneable cars ever due to a) its classic and simple FR layout and its fundamental structural strength and b) the incredible availability of engine and suspension tuning parts and c) the potential for crazy motor swaps.

Because they are so tuneable, so good for drifting, so strong, and so simple (basically), the S13, S14, and S15 Silvias are becoming motoring treasures now. Buy your Nissan Silvia from Japan now, as our happy UK buyer of this S13 has done.

So, to get things going to get your Nissan Silvia from Japan, be it an S13, S14, or S15, register here with us at Japan Car Direct.