The JDM 1991 Nissan 180SX is fun to drive and a favorite of drifters due to its powerful turbo engine, rear-wheel drive, limited slip differential and plethora of aftermarket options. Japan Car Direct can source this popular Japanese domestic model from a Japanese used car auction at a reasonable price and have it shipped to your nearest port without delay.

The first model of the second generation (S13)

The 1991 Nissan 180SX was the first model of the second generation and exclusively sold in Japan. It’s similar to the Nissan Silvia and was marketed abroad with different specifications as the 200SX and 240SX.

A favorite of champions

Whether you choose a largely standard 180SX or a modified 180SX like this handsome example, it’s hard to resist thinking of the Nissan 180SX as a drift car since so many champions — including Masato Kawabata, Yoshinori Koguchi and Kielan Woods — have competed in them over the years.

As you can imagine, the JDM 180SX is pretty quick. The standard turbo model accelerates from zero to 62 mph (100 kmh) in about 6.5 seconds and reaches a maximum speed of 235 km/h (146 mph) when not electronically limited. We didn’t have a chance to time this modified 180SX while it was in our possession, but we’re pretty confident it leaves standard vehicles far behind.

Nissan’s 2.0-liter four-cylinder DOHC 16-valve turbocharged SR20DET engine produces a maximum 151 kW (202 hp) at 6000 rpm and 274 N⋅m (202 lbf⋅ft) at 4000 rpm without modification. The tuned engine in this modified vehicle easily tops these figures and is mated with Nissan’s standard 5-speed manual transmission, which does a great job of smoothly transmitting all that power to the road.

We can also source the Nissan 180SX in excellent condition with a 4-speed automatic transmission and minimal modifications. 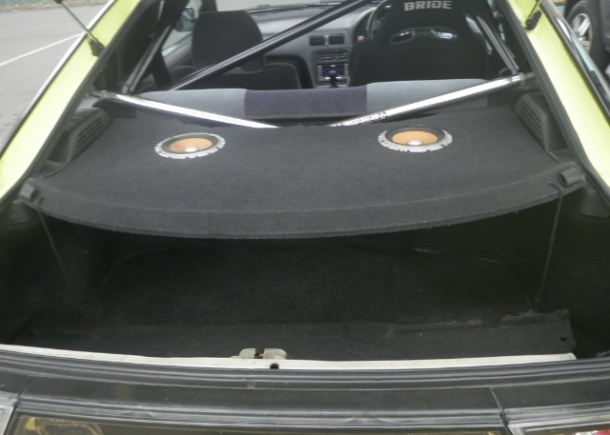 Sporty inside and out

While the standard JDM 1991 Nissan 180SX is comfortable and refined with understated styling that belies the sporty performance, this modified vehicle makes its spirited character conspicuous with Bride bucket seats, a roll cage, Next Miracle cross bars and a rear spoiler for serious drifting. Nissan’s optional climate control system and four wheel steering system are not included.

Whether you’re looking for a Nissan 180SX, Toyota Chaser, Toyota Mark-II or some other JDM model, contact Japan Car Direct. We can find the JDM car that’s right for you.