If you want to import a good used Integra R-Type (DC-5) from Japan, you’ve come to the right place. This lovely white example

has gone to Canada via New Westminster, BC, and we have recently been exporting many good used R-Types to Canada and to the UK as well; like this one here that went to my Dear Ol’ Blighty.

(You’ll find the used car import rules for Canada here and for the UK here.)

Now when, back in 1995, Honda gave us the first Integra Type-R, the DC-2, it certainly made a big splash in the world of sports car fans like me. 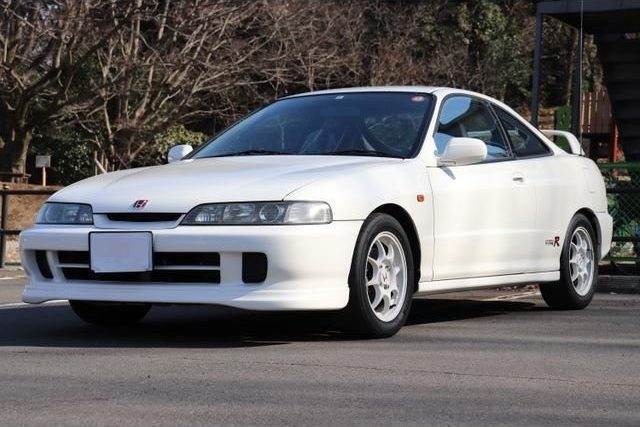 Here was a front wheel drive sports coupe that could tangle with the best of FR sporting machines in the tightest high speed cornering, it could even give the mid-engined cars serious pause for thought; and even many of the all wheel drive super fast, super handling rockets, like the Mitsubishi Lancer Evolution and the Subaru Impreza WRX STi, needed to watch themselves if they were going up against an Integra R on any track that was set up with lots of serious curves.

And it wasn’t just in the twisties that the DC-2 Type-R shone, the car was right quick, too, with a highly tuned 1.8 liter, high-revving straight four that was putting out a solid 200ps at a near stratospheric 8,000 rpm. Those B18C units were essentially hand built racing motors. When Evo Magazine reviewed the DC-2 they called it the greatest front wheel drive performance car ever. And then, in 2001, Honda bettered it with the DC-5, giving the “5” a two liter power plant that pumps out 220ps. (110ps per liter from a normally aspirated engine! Stock!! Heaven help us.) 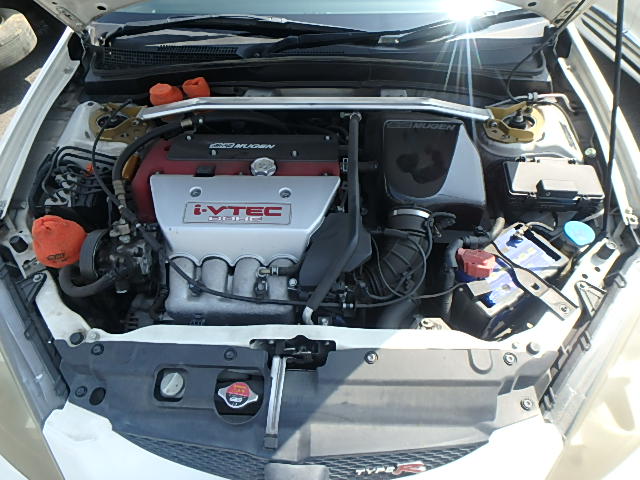 I drove a DC-2 on a track back when I used to live in the UK. That Integra was…..WOW!….Just WOW! Talk about handling: The Integra just whipped around the corners, even the tightest of them. I was consistently amazed at the road holding. Time and again I thought that I was approaching a corner too fast and that I would end up trackside in the green, but I never did. The car went around the corners like it was on rails, but you should have seen the feathering on the outside sides of the tyres! I talk more about that wonderful test drive, and about the Integra R-Type, in our comments on the really clean, low mileage 4-door Integra here that we shipped to the USA, via the port of Baltimore. (You’ll find the USA used car import rules here.)

But if I thought that that DC-2 was unbeatable in its class (FF sports coupe), I’ve been “updated,” shall I say, by two guys, in our group of sports car fans who have DC-5s. The DC-5 Type-R was a JDM, Japanese Domestic Market, only vehicle (see our JDM page here on our Japan Car Direct website) and was in production from 2001 to 2006.

When we were shooting the breeze about the DC-5, it was given very good reviews and, although I did not get to drive their cars (maybe at our next get together I will beg more shamelessly: Yoshi, can I drive your R-Type? Just a little bit….pleeeeease!?!…and I’ll finally get behind the wheel of a “5”, the very worthy successor to the “2”). Our talk went something like this:

Note: “Yoshi Honda” and “Hiroshi Honda” are not their real names, which I keep out of anything I write about our car group guys here, as I did when telling you about our Car Café Day, which you’ll find on the Japan Car Direct Blog here, here, and here. Everybody in the group has a nickname, like “The Prez” and “Mr Taxi,” and Yoshi and Hiroshi, who both drive Hondas, are “The Hondas.”

Hiroshi Honda: I have. Both are good.

Yoshi: My DC-5 is great. Handling is best.

Yoshi: Well, give him a comparison, then.

(I’m thinking that this conversation is not going very well. It is true. Like they say, that many Japanese are reluctant to give their opinion. But finally I get Hiroshi to give me some specific differences that he felt.)

Hiroshi: Well, the 5 feels less “nervous.” I don’t want to say “civilized,” but, yeah, it feels a bit more like it’s holding to the road with more confidence. Maybe it’s because the tires are wider, 215s on my 5, but 195s on my 2. Or maybe it’s because the DC-5 is a bit less noisy. Engines feel pretty close, for good and for bad.

Hiro: Not bad, exactly, but, you know: When you mash the throttle from stand still it feels almost like there’s a bit of the boost lag you get with a turbo as it spools up, right? Honda VTEC sometimes feels like that, but when you are in the high revs….POW! 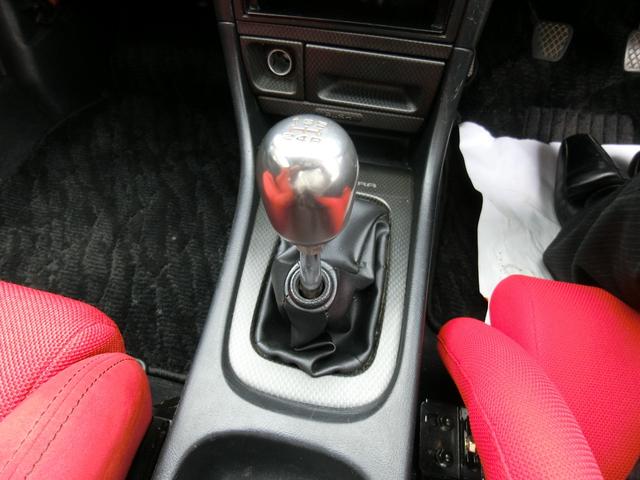 and 6-speed in the DC-5. Any different feel? 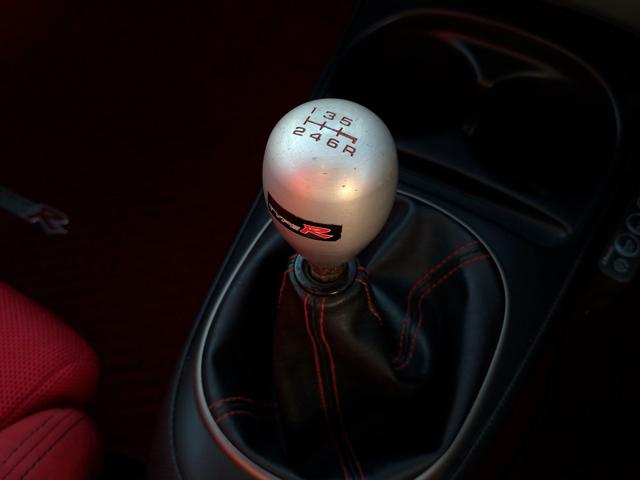 I think we’ll have to leave it with that with my car buddies Hiroshi Honda and Yoshi Honda. I couldn’t really squeeze an engineer’s or test driver’s review out of Hiroshi, but both guys said:

So, yeah, based on my own driving experience in the Honda Integra R and the reviews of other guys, I’d say that, if you buy a used Honda Integra Type-R, you won’t be sorry. You’ll be happy.

In addition, if you are thinking of importing your own used Honda Type-R from Japan, be it an Integra Type-R DC-2 or DC-5 or the ever popular Civic Type-R,

I can tell you from what I see on the roads here in Japan, that the survival rate for these sporting machines is high. They are well-built and generally well cared for by their Japanese owners (this is typical of used Japanese cars, and we talk more here, here, and here about why buying used a good used car direct from Japan is such a good deal).

Low-mileage examples and clean condition, well cared for used Integras, like this example that we are looking at here now, are often found in Japan. So that when a Honda Type-R comes up for sale here at the Japanese used car auctions (where we source most of our good used cars for export) or at the Japanese used car dealers that we work with regularly, just get it inspected (JCD can arrange that for you) and decide on your bid price. At Japan Car Direct we are available to consult with you on all aspects of buying and importing a clean used car direct from Japan.

To learn more about the Japanese used car auctions have a look at our Japan Car Direct YouTube channel here. 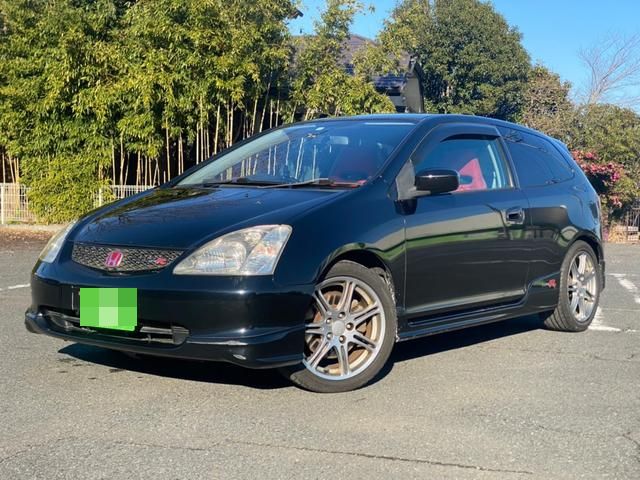 To get things going, just register here and we’ll start working with you so that you can get your hands on a nice Honda Integra Type-R, a “5” or a “2”. In the words of Hiroshi Honda and Yoshi Honda: “You’ll be Happy.”