The closer we get to 2023 – the 25th year since the first JDM Nissan Skyline ER34 models were released in 1998 – the more we hear from American enthusiasts who want to import an ER34 from Japan and transform it into a budget Godzilla.

Some callers are already purchasing ER34s and storing them in Japan for import next year, which is not such a bad idea considering that prices are rising and some of the better vehicles are being snapped up as we speak.

Of course, prices are still much lower in Japan than in Canada where enthusiasts and collectors have been enjoying them for up to 10 years and may soon start selling them south.

Japan Car Direct has handled its fair share of ER34s

Here are two models we handled a while back at Japan Car Direct. Both turn 25 in May 2023.

This eye-catching blue 1998 25GT coupe with five-speed manual transmission was imported by an enthusiast in New Westminster, Canada who must be the envy of his neighborhood. This stunning silver 1998 25GT Turbo coupe with five-speed manual transmission went to a lucky motorhead in Southhampton, UK. You couldn’t ask for a cleaner example of a nearly stock ER34. 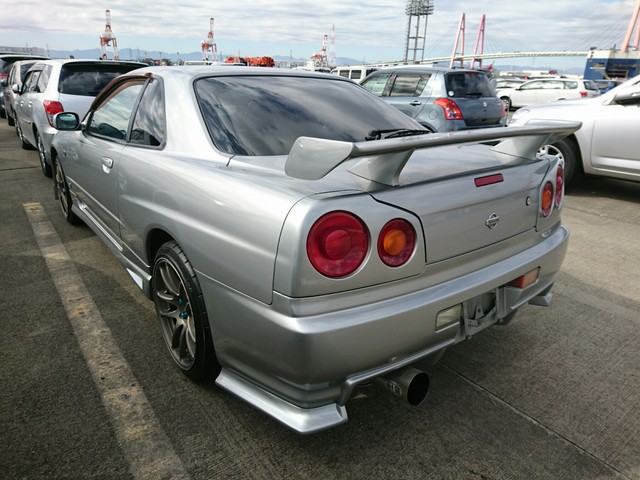 The RB25 engine is a solid base for tuning

Both models feature Nissan’s powerful and fuel efficient 2.5-liter straight-six RB25 engine, which can easily be tuned to surpass the performance of a stock BNR34 GT-R. Here’s the naturally aspirated RB25DE engine on the 25GT. Here’s the turbocharged RB25DET engine on the 25GT Turbo (below). 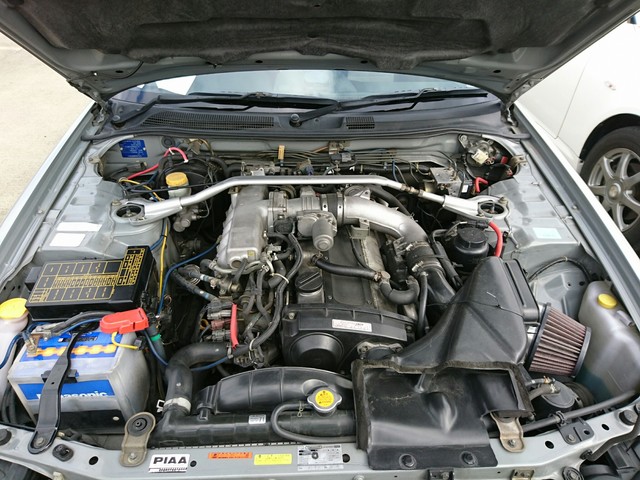 Tons of parts are available in both countries for tuning and repairs. But even stock, the turbo model produces around 280hp (209kW, 284PS), which is only about 40hp less than the GT-R. That’s fast enough to accelerate from zero to sixty in about 6 seconds flat, or so we’re told.

We can tell you from experience that the mid-range power is impressive, really impressive, and the exhaust note is addictive when tapping the accelerator. We got lots of thumbs up and requests to press the pedal, but don’t even think about it near officers on patrol. If looks could kill I wouldn’t be writing this article. 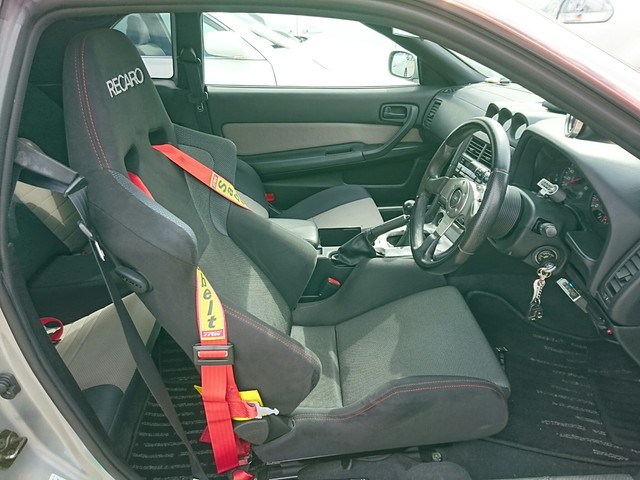 The owners of these vehicles are fortunate to be enjoying 5-speed manual transmissions rather than the more commonly available 4-speed automatic with tiptronic buttons on the steering wheel. But the automatic isn’t half bad. You can obtain AT models a lot cheaper and modify them to MT whenever you like.

Handling is excellent thanks to rear wheel drive, a multilink suspension and ventilated disk brakes with ABS. You can’t go wrong with any of the ER34 models

It’s a great time to buy a good used car from Japan.

Of course, if you can wait a little longer and have lots of spare cash, we can find you an R34 GT-R like this 1999 and 2002 model we exported abroad.

We look forward to hearing from you.